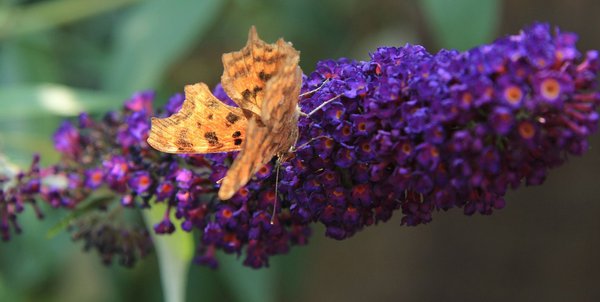 It is important to protect the natural basis for life for achieving other sustainability goals, such as food security, climate and health.
Photo: © CanStockPhoto

In the lead-up to the G7 summit in Elmau in southern Germany, the German Federal Government has published the progress report ‘Biodiversity – a vital foundation for sustainable development’. The report calls for further efforts by all nations to preserve biodiversity as a basis for life for global humanity.

The German Federal Ministry for Economic Cooperation and Development (BMZ) published the G7 Elmau progress report ‘Biodiversity – a vital foundation for sustainable development’ on 22 May 2015. The scientists at the German Development Institute (DIE) and the Helmholtz Centre for Environmental Research (UFZ) provided key support in the production of the report, in which the G7 nations analyse their efforts to preserve biodiversity.

In connection with the publication of the report, the Director of DIE, Dirk Messner, stresses how important sustainable development is for preserving biodiversity. Messner explained that we can only keep the Earth on the rails if the G7 and their partners act energetically.
When presenting the report, Ines Dombrowsky from DIE noted the importance of protecting the natural basis for life for achieving other sustainability goals, such as food security, climate and health.

Biodiversity, she continued, makes possible a range of vital functions, including for example the provision of clean water, food, herbal remedies and other drugs, and flood protection. ‘Despite the many activities of the G7 and other actors, biodiversity is continuing to decrease,’ the DIE scientist warned, adding: ‘This is why it’s important to step up the efforts in this area worldwide. This is the only way to improve the state of biodiversity and the ecosystems.’ As developing countries are more dependent on the fruits of functioning ecosystems, the loss of resources affects them all the harder.

‘It is important for the G7 to stand by its responsibility for its biodiversity goal,’ said Heidi Wittmer of the Helmhotz Centre for Environmental Research, in connection with the report’s publication. ‘The report makes it clear that there’s still much to be done in order to stop the loss of biodiversity.’  The decrease in biodiversity is facing the world community with severe challenges.

In its progress report the G7 analyses the progress it has achieved in implementing its biodiversity commitment since the G8 Summit at Deauville. At that summit the members had committed to greater efforts to reduce the loss of biodiversity. Result: The group of the leading industrialised nations has made important financial contributions since 2011 and also continuously carried out measures.

Despite the financial crisis, funding remained stable as a result, and Germany and France actually doubled their contributions to biodiversity funding. The report also lists a number of examples of established and innovative approaches which the G7 is taking in its own countries and internationally to counter the decline in biodiversity. It particularly emphasises efforts which also helped meet additional G7 commitments in the areas of climate change, food security and health.
The report, together with a summary in German under the title ‘G7 Elmau Fortschrittsbericht 2015: Biodiversität – Lebenswichtig für nachhaltige Entwicklung’ can be downloaded at the  DIE website.