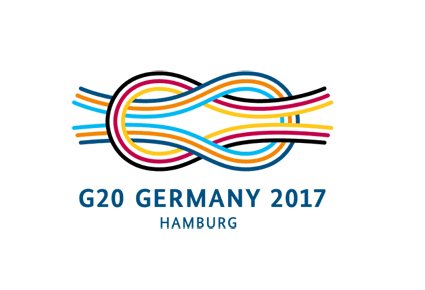 At the G20 Hamburg Summit, heads of the world’s leading economies presented an initiative to tackle youth unemployment in developing countries.

Leaders of the world’s 20 major economies met in Hamburg, Germany, on 7-8 July to discuss pressing global issues, including rural youth unemployment. While the meeting centred on trade policy issues, climate was also addressed, with heads of state and government “acknowledging” the USA’s withdrawal from the Paris Agreement, although the implementation of Agenda 2030 received only little attention. The topic of rural youth unemployment was referred to in an Annex to the G20 Leaders Declaration. The G20 are reckoning with 440 million young people entering the labour market by 2030 in Africa alone. Their new “G20 Initiative for Rural Youth Employment” builds on the G20 Food Security and Nutrition Framework of 2014 and the G20 Action Plan on Food Security and Sustainable Food Systems of 2015.

G20 Africa Partnership
The initiative forms a key element of the G20 Africa Partnership, aimed at renewing efforts for sustainable economic development in Africa. Launched by the German G20 Presidency, this partnership is meant to facilitate so-called Investment Compacts, long-term co-operation commitments between G20 Partners, African countries and International Financial Institutions to create “a sound investment climate in relevant sectors of selected African economies”. Political reforms to achieve this objective are to be co-ordinated by respective Country Teams comprising representatives of the individual countries’ governments, the International organizations involved and the G20 Members. So far, seven out of Africa’s 54 countries have joined the G20 Africa Partnership.

Subtitled “Supporting the ‘Next Generation’ in Rural Development – Agriculture and Food Security in developing countries”, the new youth employment initiative concentrates on six specific areas of action. The G20 will back national strategies in this field and calls on the International Organizations of the United Nations as well as the International Financial Organizations to strengthen collaboration on rural business, agriculture and food security and nutrition. Furthermore, the G20 are to assist the New Partnership for Africa’s Development (NEPAD) in fulfilling the commitment of the 2013 Malabo Declaration on Accelerated Agricultural Growth and Transformation for Shared Prosperity and Improved Livelihoods to create job opportunities for at least 30 per cent of the youth in agricultural value chains by 2025. Collaboration is also sought with the “Youth in the Rural Economy” area of the “Global Initiative on Decent Jobs for Youth”, led by the International Labour Organisation.

Efforts will be supported to improve rural labour statistics and analysis. The African Development Bank’s proposal to develop an “Enabling Youth Employment Index” and an “Innovation and Information Lab” to generate reliable information and facilitate learning in an enabling environment for increased youth employment opportunities is welcomed. The G20 particularly stress the importance of a skills revolution to boost economic growth and local investment. Business, technical and life skills, they argue, are vital prerequisites to achieve personal development and to transform rural areas with the ability to increase employment opportunities for future generations. They also value the African Union Skills Initiative with its Financing Facility and its Africa-wide virtual dialogue platform as a means of increasing employment and income opportunities for young people in Africa. The G20 pledge to increase their collective support to providing innovative, employment-oriented skills development projects for at least five million young people over the next five years, with particular attention to rural young women and men in Africa. Furthermore, they offer to assist the AU Commission and NEPAD in implementing the “Continental Strategy for Technical and Vocational Education and Training to foster Youth Employment”.

Support for young digital entrepreneurs
The G20 also stress the need to support young digital entrepreneurs in areas such as e-Agriculture, digital skills, e-Health or e-Education and acknowledge initiatives of G20 members encouraging youth entrepreneurship and start-up promotion in the fields of innovation and ICT solutions related to rural business and agriculture in developing countries. These include the G20 #eSkills4Girls initiative to improve digital skills and employment perspectives for girls and women in emerging and developing countries, establishment of the exchange mechanism on ICT applications in agriculture decided by G20 Agriculture Ministers, the Make-IT Initiative on fostering Tech-Entrepreneurship in the IT sector and the Digital TVET Initiative to leverage the potential of technical and vocational education and training in infrastructure projects of the multilateral development banks.

Furthermore, the G20 see agricultural research and innovation as key to rural transformation and to making the sector attractive again for young professionals. And they reassure their commitment to support global agricultural and food research initiatives such as the CGIAR.

Secure land tenure is key
The G20 pledge to “support efforts that facilitate young women’s and men’s fair and sustainable access to secure land tenure”. This refers to programmes and government institutions promoting fair, functioning and transparent land markets, but also to alternative approaches that can facilitate and secure access to land for the youth – for example through the registration of tenure rights in ways that respect existing legitimate tenure, including informal tenure rights, and ensure the sustainable recognition of legitimate tenure rights. In this context, the G20 state that they will further support efforts by countries and international organizations to implement the Voluntary Guidelines on the Responsible Governance of Tenure of Land, Fisheries and Forests (VGGT), and that they welcome the corresponding African framework, and related guidelines, including in the context of their own publicly supported or managed (domestic and foreign) land-based investments, as well as efforts to increase transparency around land-based investments by public or private national and foreign investors.

In the area of finance and investment, the G20 acknowledge that an increase is needed in responsible public- and private-sector investments and financing for responsible private-sector investments to support dynamic economies that deliver services, facilitate decent work and generate business opportunities and income for the next generation. In this regard, they support the continued implementation of the United Nations Principles for Responsible Agricultural Investment (RAI). The G20 reaffirm their collective support to the Global Agriculture and Food Security Program (GAFSP) that they initiated as a multilateral financing instrument for promoting agriculture-based growth to enhance and improve rural youth employment, including in Africa. They “welcome its priority area of job creation in rural areas with its high relevance to rural youth employment”. And they pledge that they “will contribute to creating approximately 1.1 million new jobs benefiting young people, including in rural Africa, by 2022 through an array of possible actions, such as supporting GAFSP and stimulating job creation by other means and mechanisms”.

Civil society organisations: "Modest outcomes"
Civil Society organisations have criticised the Hamburg meeting for the enormous costs in relation to what they see as a very modest outcome. The G20 Action Plan on the 2030 Agenda for Sustainable Development, adopted by last year’s G20 meeting in China, takes Agenda 2030 as the guiding concept for future activities, and this is also confirmed in the G20’s Hamburg Update. However, according to Jens Martens of Global Policy Forum, the Update merely lists already existing initiatives. “And while the Hamburg Update claims to name ‘concrete collective actions’, most of the measures it lists are so vaguely formulated that no concrete obligations to act can be derived from them,” Martens adds.