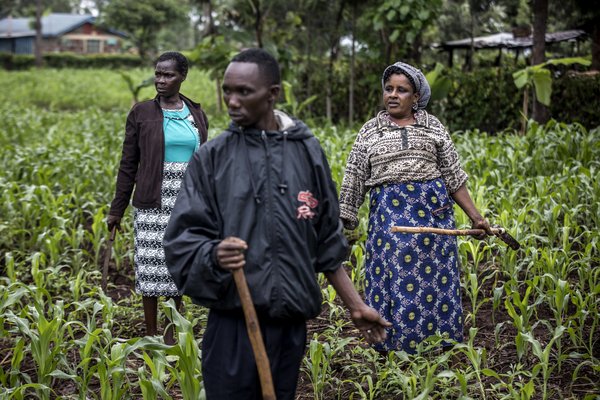 Foreign direct investment has fallen by more than 20 per cent compared to last year. For the developing countries, it represents one of the largest sources of income, with much of the money flowing into food industry and the agricultural sector.

The World Investment Report presented by the United Nations Conference on Trade and Development (UNCTAD) early in June 2018 points to a drastic decline in foreign direct investment in 2017.

Compared to 2016, foreign direct investment fell by 23 per cent, from 1.84 trillion US dollars to 1.43 trillion. The indicators for future investment point to a decline by 14 per cent to 720 billion USD.

The growth of global value chains is stagnating. After two decades of growth, the international value chains peaked in the years 2010 to 2012. The key indicator for growth based on value chains dropped by one percentage point to a 30 per cent share of overall trade in 2017.

What is so worrying about these figures is that foreign direct investment represents one of the biggest sources of income for developing countries.

Decline in foreign direct investment despite removal of barriers to investment

And the figures come as a surprise because the past few years in particular have seen so many barriers to trade being removed. Last year alone, 65 countries introduced a total of 126 measures to facilitate foreign investment.

UNCTAD refers to flagging profits as the main reason for the drop. Whereas the world-wide percentage was at an average 8.1 per cent in 2012, it fell to just 6.7 per cent last year.

At the same time, however, anxiety over a sell-out of national economies is building up. Recently, this has been expressed by an increasingly critical attitude towards foreign investment.

Now, investments are being checked and monitored more thoroughly. According to the UNCTAD report, this applies above all to the fields of technology and industries that are of strategic importance to a country. UNCTAD refers to a turnaround in the area of investment. Just 18 new investment agreements were signed in 2017 – the lowest number since 1983.

A breakdown of cash flows reveals that Africa has lost out. Last year, foreign investment fell by around 21 per cent to 42 billion USD. At 476 billion USD, cash flows to Southeast Asia appear to have been stable, while those to South America even rose by eight per cent to a level of 151 billion USD. The least developed countries attracted a mere 26 billion USD, having fallen by 17 per cent.

Nevertheless, these figures do not represent a decline in development. Over the last ten years, 101 countries have compiled a number of packages for industry that differ from traditional recipes. For example, the special economic zones serve not only the purpose of pure exporting but also that of involving national industry in creating value.

Agenda 2030 offers incentives specially tailored to start-ups as well as a renewal of existing value chains. For developing countries and emerging economies, the food industry and the agricultural sector top the list of areas that are most attractive for investment. Foreign direct investment above all flows to agriculture in Southeast Asia.