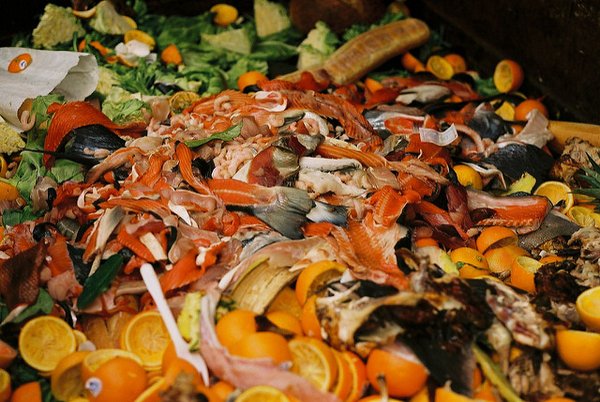 Reducing food waste could help mitigate climate change, according to researchers from PIK. Up to 14 percent of overall agricultural emissions in 2050 could easily be avoided by a better management of food utilisation and distribution.

About a tenth of overall global greenhouse-gas emissions from agriculture could be traced back to food waste by the mid-century, according to a study published by the Potsdam Institute for Climate Impact Research (PIK) in April 2016.

Currently, one third of global food production never finds its way onto our plates. This share will increase drastically if emerging countries like China and India adopt Western nutrition lifestyles, the analyses shows. That reducing food waste would contribute to ensuring food security is well known. Yet at the same time it could also help mitigate dangerous climate change. The researchers analysed body types and food requirements both for past and for different future scenarios, accounting for demographic changes as well as food demand and availability and associated emissions.

They found that while the global average food demand per person remains almost constant, over the last five decades food availability has rapidly increased. Food availability and requirement ratios show a linear relationship with human development, indicating that richer countries consume more food than is healthy or simply waste it. Consequently, greenhouse-gas emissions associated with food waste could increase tremendously from 0.5 gigatons today to 1.9-2.5 gigatons of CO2 equivalents per year by 2050, the study shows.

Previous research already showed that due to unbridled demographic growth and lifestyle changes, emissions from agriculture alone are expected to rise by up to 18 gigatons of CO2 equivalents by 2050. According to the authors of the current study, emissions related to discarded food are just the tip of the iceberg. However, it is quite astounding that up to 14 percent of overall agricultural emissions in 2050 could easily be avoided by a better management of food utilisation and distribution.

1.3 billion tons of food per year are discarded, according to the researchers. While in developing countries food losses are mostly due to less efficient agricultural infrastructures, in rich countries food waste is more common.