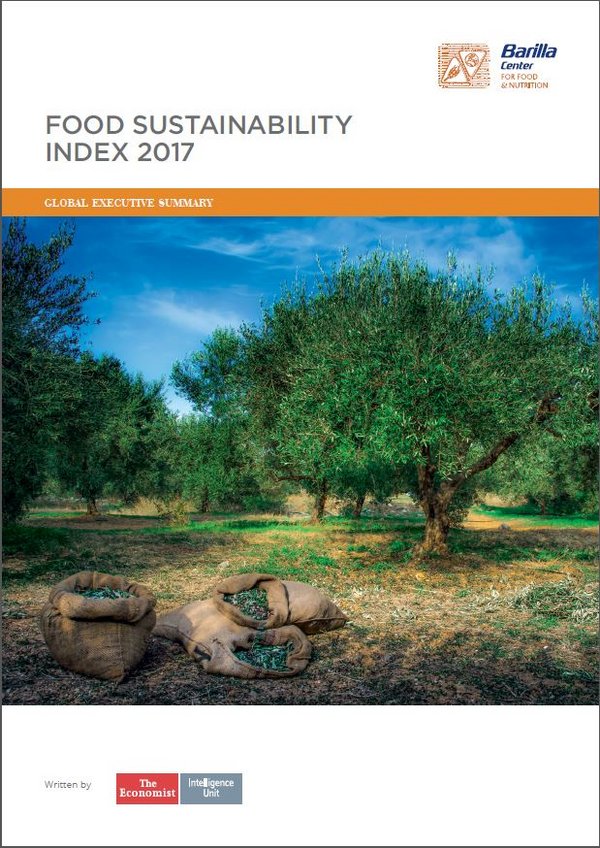 The Food Sustainability Index 2017 is headed by France, followed by Japan and Germany. These countries stand out for their particularly sustainable food systems.

The Food Sustainability Index (FSI), which was developed by the Economist Intelligence Unit with the Barilla Center for Food & Nutrition Foundation (BCFN), ranks 34 countries according to their food system sustainability. These countries represent over 85 per cent of global GDP and two-thirds of the global population.

The 2017 edition of the Food Sustainability Index (FSI) was published in early December. France remains at the top of the FSI, thanks to high scores across the FSI's three pillars of food loss and waste, sustainable agriculture and nutritional challenges. Top-performing countries in the FSI also include Japan, Germany, Spain, Sweden, Portugal, Italy, South Korea and Hungary.

Although high-income countries tend to perform well in the FSI, there are several outliers. Despite having the highest GDP per head, the United Arab Emirates (UAE) ranks last, while Ethiopia, the poorest country in the FSI, ranks a respectable 12th. In common with other countries in the Arab world, the UAE has a high level of food waste, rising levels of obesity and receives a low score for sustainable agriculture.

The US languishes in 21st place. The country achieves only a dismal 31st place in sustainable agriculture. In terms of nutritional challenges, the US ranks 24th, dragged down by elevated levels of consumption of meat, saturated fat and sugar.