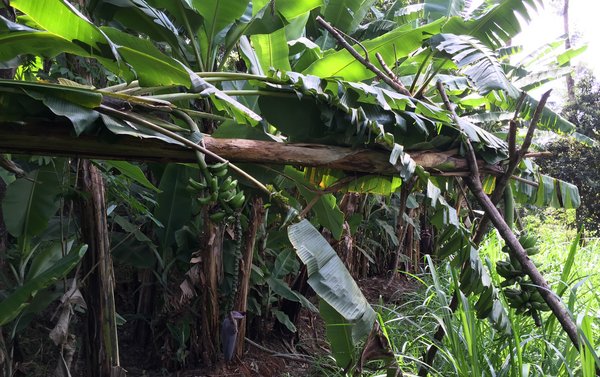 The report notes that maize, beans and bananas are most at risk.
Photo: Olive Bexten/Rural 21

According to a new study published in Nature Climate Change, food security is projected to be under a significant threat from climate change if no adaptation actions are taken. Transformation of agricultural systems, for example switching crop types or moving out of agriculture, is expected to be necessary in some cases. However, little attention has been paid to the timing of these transformations.
The study, “Timescales of transformational climate change adaptation in sub-Saharan African agriculture”, notes that maize, beans and bananas are most at risk.

Region-by-region, the study examines the likely effect of different climate change scenarios on nine crops that constitute 50 per cent of food production in sub-Saharan Africa. The research is the first of its kind to allocate timeframes for changes in policy and practice in order to maintain production levels and avoid placing food security and the livelihoods of smallholder farmers at risk.
While six of the nine crops studied are expected to remain stable under moderate and extreme climate change scenarios, up to 30 per cent of areas growing maize and banana, and up to 60 per cent of those producing beans are projected to become unviable by the end of the century.

For instance, banana growing regions in West Africa (such as Ghana Togo and Benin) and maize growing regions in Southern Africa (e.g. Namibia, Botswana, Zimbabwe and Mozambique) will need to undergo transformation within the next ten years. In Uganda and Tanzania, the 1.85 million hectares of current bean cropping systems responsible for growing 41.4 per cent of the total sub-Saharan African bean supply will be unable to do so by 2100. Other regions will be hit even sooner, according to the study. Millet, sorghum, cassava, groundnut and yams are projected to remain stable for the rest of the century.

According to the authors of the report, findings show that time is running out to transform African agriculture. This will require not only increased funding but also a supportive policy environment to bring the needed solutions to those affected.