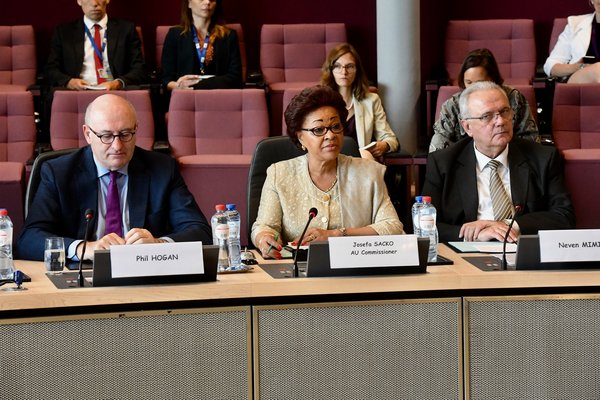 In November 2017, at their joint session, the European Union and the African Union decided to set up a Task Force Rural Africa (TFRA). This January, applications were already invited for an eleven-member task force that was constituted in April. The EU group commenced work in late May.

The aim of the new EU Task Force Rural Africa (TFRA), which launched its activities in May 2018, is to compile expert reports in the fields of agriculture, agribusiness, trade, development, migration and the food industry.

While together, agriculture and the food industry employ three quarters of Africa’s total labour force, they only contribute a third of the continent’s gross domestic product.

The challenges are considerable, as EU Commissioner for Agriculture Phil Hogan explained at the Kick-Off Meeting of the Task Force for Rural Africa in mid-May. He said that reality needed to catch up with the opportunity.  The first of the expert reports, which are to be submitted by the end of the year, are to bridge the gap between opportunity and reality.

The results of the TRFA are to improve business relations between Europe and Africa and establish local partnerships. Only then would investors, including private ones, be successful. And only then would the farmers be integrated in global value chains, Hogan maintained.

This required “a new culture of co-operation”. Education and training and geographical indications with full African ownership, digital transformation and research form the foundations of co-operation.

European participation had to be co-ordinated with the African Union’s Agenda 2063 on the transformation of African agriculture. Another five sessions are planned for the TRFA this year.