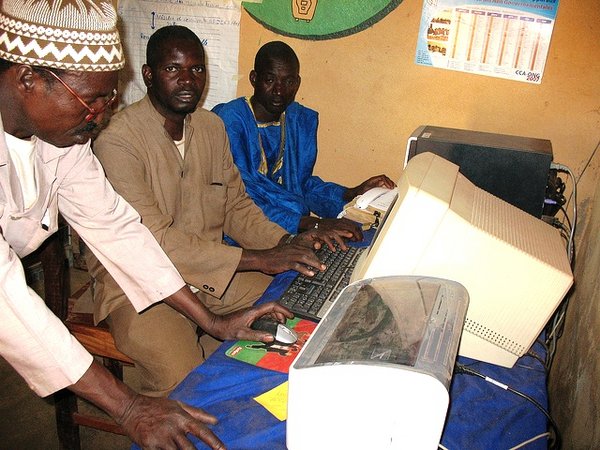 Information technology is helping African farmers to become more efficient and they can't get enough of it. That is the conclusion of a special agriculture section in this year's eLearning Africa Report, an annual review of the impact of technology on education and development.

The 2015 eLearning Africa Report shows that Information and Communication Technologies (ICTs) are having a significant impact on the productivity and efficiency of the continent's agriculture. A survey of farmers, trainers and those working with ICT in agriculture reveals:

However, the survey also revealed that 60 per cent of those questioned said that they did not have sufficient access to ICTs.

"As agriculture makes up a sizeable proportion of Africa's GDP, boosting agricultural growth and sustainability is a priority…" says the Report. “However, our data show that there is a long way to go before agricultural workers throughout the continent gain the access they need to unlock the full potential of ICTs."

The Report, which was launched in June, suggests that the main barriers preventing the greater use of ICTs in agriculture are access (poor connectivity, bandwidth or electricity supply), which was identified by 50 per cent of survey respondents as the most significant problem, the high cost of equipment and services, insufficient supporting infrastructure and a lack of government support.

Across Africa, radio continues to be an important means of spreading information about farming. According to the eLearning Africa Report, it is also playing a significant role in meeting one of African farming's main challenges - getting more women, who constitute the bulk of the rural workforce, to use ICTs for training.

"When we looked at issues about access to radio and control," Catherine Mloza-Banda of Malawi's Farm Radio Trust told the Report, "women did not have the same access to radio as men, nor were they able to control the radio as much as men… We had to devise strategies that enabled both men and women to use that information and to have more or less the same access or control over the radio or the mobile phone.