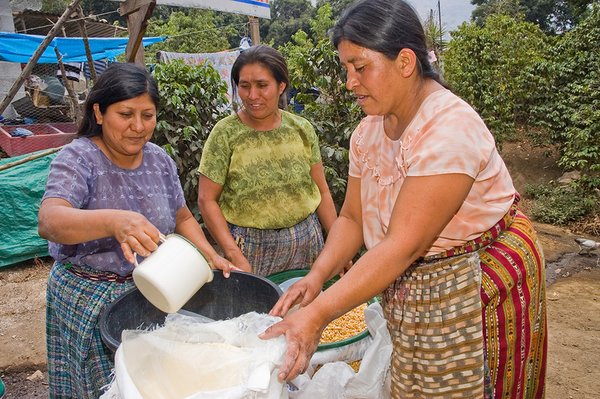 El Niño: Millions in Central America will be food-insecure

Over 2 million people in Central America will need food assistance due to drought caused by the El Niño event.

Some 2.3 million people in Central America will need food assistance because of significant crop losses due to prolonged drought exacerbated by the current El Niño event. This was reported by the United Nations World Food Programme (WFP) in November 2015.

The people affected are mostly subsistence farmers, day labourers and their families. USD 75 million is needed to assist food-insecure Central Americans hit by the severe drought, but resources are being depleted, according to WFP.

WFP assisted more than 200,000 people in El Salvador, Guatemala and Honduras last year. Now, another dry spell in 2015, this time exacerbated by El Niño, has again caused significant losses during the first crop cycle, the Primera season. This has hit small producers and their families who were struggling to recover from the previous year’s drought, and the number of people in need may increase soon, according to WFP.

During the past two years, a prolonged dry spell and delayed rains prevented many subsistence farmers from planting and caused crops losses in the Dry Corridor of Central America, stretching from Guatemala to Nicaragua. In Central America, more than 65 percent of households in the Dry Corridor had no food stocks left at the start of the 2015 Primera season, according to a WFP assessment in September.

The latest forecasts indicate a 100 percent probability that the current El Niño event – which has been active since last March –will continue through December, and it will likely persist until early 2016.