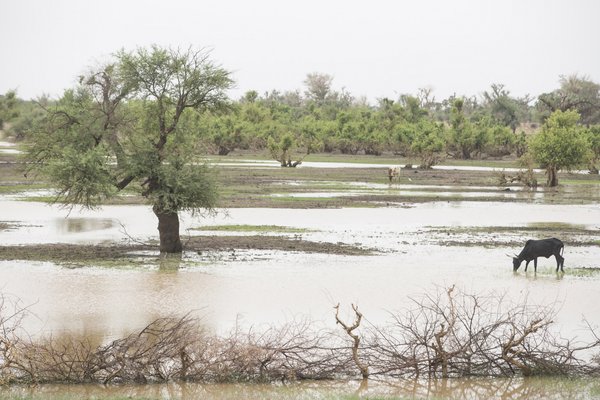 Wetlands, which are critical to human and planet life, are disappearing very fast: over 35 per cent of wetlands have been lost since 1970. Many species living in wetlands are declining or threatened with extinction.

Wetlands are disappearing three times faster than forests, with severe consequences for our future unless urgent action is taken to ensure their survival, warns a new report by the Ramsar Convention on Wetlands in September 2018.

According to them, approximately 35 per cent of the world’s wetlands were lost between 1970 and 2015, with annual rates of loss accelerating from 2000. The quality of remaining wetlands is also suffering, due to drainage, pollution, invasive species, unsustainable use, disrupted flow regimes and climate change.

The losses of wetlands have been driven by megatrends such as climate change, population increase, urbanisation - particularly of coastal zones and river deltas, and changing consumption patterns that have all fuelled changes to land and water use and to agriculture.

Global inland and coastal wetlands, which include lakes, rivers, marshes and peatlands as well as coastal and marine areas such as estuaries, lagoons, mangroves and coral reefs, are currently estimated to cover over 12.1 million km2.

This is an area almost as large as Greenland, with 54 per cent permanently inundated and 46 per cent seasonally inundated. In contrast to the decline of natural wetlands, human-made wetlands, largely rice paddy and reservoirs, almost doubled between 1970-2015, now forming 12 per cent of wetlands.

Decline of species that live in wetlands: a biodiversity crisis

The wetlands are home to 40 per cent of the world’s species. Wetland-dependent species such as fish, waterbirds and turtles are in serious decline, with one-quarter threatened with extinction particularly in the tropics, according to the Ramsar Convention.

Since 1970, 81 per cent of inland-wetland species populations and 36 per cent of coastal and marine species have declined. More than 25 per cent of all wetland plants and animals are at risk of extinction. The IUCN’s Red List Index, which assesses survival probability using available data, has identified negative trends for wetland mammals, birds, amphibians and corals, an indication they are heading for extinction.

Coral reefs are declining fastest due to rising sea temperatures, while amphibians have the lowest numbers and are the most threatened. Wetland fish, reptiles and large mammals are also vulnerable, with every turtle species globally threatened and a third critically endangered.

Wetlands are critical to human life

More than one billion people depend on wetlands for a living. Directly or indirectly, wetlands provide almost all of the world’s consumption of freshwater.  They are a vital source of food, raw materials, genetic resources for medicines, and hydropower; they mitigate floods, protect coastlines and build community resilience to disasters, and they play an important role in transport, tourism and the cultural and spiritual well-being of people.

Studies show that the economic value of services provided by wetlands far exceeds those of terrestrial ecosystems. Inland wetlands, for example, have a total economic value five times higher than tropical forests, the most valuable terrestrial habitat.