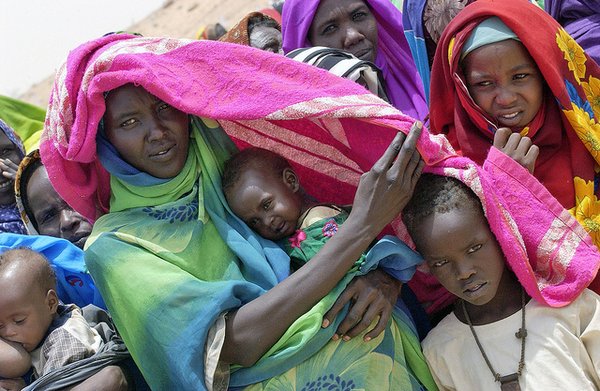 At just under 60 million people, numbers of refugees and internally displaced people have reached their highest level since the Second World War.
Photo: © United Nations

Development cooperation should not be played off against aid to refugees

Europe is currently struggling with flows of refugees and seeks to cope with the crisis by eliminating its cause in the countries the refugees come from. While this does make sense, it is not enough, says the German relief organisation “Brot für die Welt”.

At its annual press conference in Berlin, Germany, the protestant relief organisation “Brot für die Welt” drew a clear distinction between development aid and aid to refugees. At just under 60 million people, numbers of refugees and internally displaced people have reached their highest level since the Second World War. The organisation’s President, Cornelia Füllkrug-Weitzel, criticised that Europe had only responded to the refugee crisis at the last minute. “And suddenly, everyone starts remembering development cooperation,” Füllkrug-Weitzel said in Berlin. Development cooperation was now to ensure that people stayed where they belonged. It was perfectly right to combat the causes of flight locally and support people living in the South in being able to stay in their countries and earn a steady income. “But just about everything is wrong about the notion of providing development aid instead of safe escape routes and taking in refugees,” she maintained.

Development cooperation must not be played off against an appropriate policy to address the refugee crisis. Füllkrug-Weitzel also warned against making the approval of development aid conditional on the willingness of developing countries to take measures against the flow of refugees. Here, Füllkrug-Weitzel was alluding to the so-called “Mobility Partnerships” stipulated in the 2014 Africa policy guidelines of the German Federal Government, according to which the Federal Ministry for Economic Cooperation and Development (BMZ) supports the development of “migration management”, and in return, measures “countering irregular migration and aimed at readmission and reintegration of refugees” are expected. Morocco was a good example of what this was leading to, said Füllkrug-Weitzel. This country, which has a special trade status vis-à-vis the European Union, is building a more than 100 kilometre long wall along its border with Algeria in order to block the escape route to Europe. Refugees who have been rounded up are then accommodated in internment camps, according to Füllkrug-Weitzel.

The “Brot für die Welt” President maintains that the term “economic refugee” ought to be deleted from the official vocabulary because it distorts reality. In reality, these people “are forced to flee their countries because of a failed international economic policy”. The world economy must no longer function at the expense of humans and the environment. The Sustainable Development Goals (SDGs), which are to be adopted next month, could herald a change, Füllkrug-Weitzel believes. Not only do they encompass the “classic development goals” such as the eradication of hunger and poverty, but they also tell the rich countries to do their homework. Among other items, they stipulate changes in production and consumption patterns. For Germany, Füllkrug-Weitzel hopes that the challenges arising from the SDGs are not assigned to the existing Sustainability Council but will rather be addressed as cross-cutting topics by all relevant institutions in business, agriculture, energy, international cooperation and health.