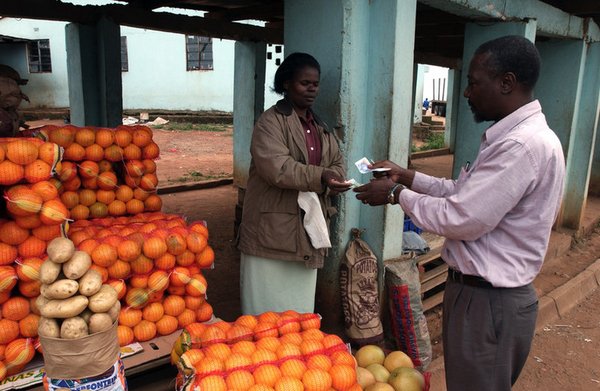 Consumers will likely have to pay more for the same basket of food because of climate change.
Photo: © IFAD

A new study by researchers from the PIK highlights the important role of trade as a key measure to partly reduce negative climate-change impacts on agriculture and food security.

Global warming could create substantial economic damage in agriculture, according to a new study published in August 2016 by a team of scientists of the Potsdam Institute for Climate Impact Research (PIK).

Around the globe, climate change threatens agricultural productivity, forcing up food prices. While financial gains and losses differ between consumers and producers across the regions, the bottom line is that consumers in general will likely have to pay more for the same basket of food.
The study quantifies economic impacts and analyses the role of international trade as an adaptation measure. The researchers found that economic losses in agriculture owing to climate change could add up to the annual amount of roughly 0.8 per cent of global GDP at the end of the century with a very restricted trade regime.

As small as this percentage sounds, it actually translates to losses of 2.5 trillion US dollars and is comparably higher for regions with limited agricultural resources with respect to growing agricul-tural demand, for example the Middle East, Africa and India.

In contrast, further trade liberalisation in agricultural commodities could reduce financial damage globally by 65 per cent, to 0.3 per cent of global GDP, the researchers have established.

Reducing climatechangerelated damages by half through more liberalised food markets

Both global warming and free trade favour northern regions like Europe and the US, since produc-ers' gains increase as trade patterns shift northwards. At the same time, southern regions like Af-rica or India could theoretically reduce climate change-related damages by half through more liberalised food markets, the authors state.

Independently of the assumptions on global trade, climate change will result in reduced crop yields in many areas. This could result in intensifying production or expanding cultivated land into previously untouched areas and, as a consequence, additional greenhouse gas emissions through tropical deforestation or increased fertiliser use. These emissions could then further enhance cli-mate change pressure on agriculture.

As the impact of climate change cannot be avoided, an open and diversified trade system suggests itself as an adaptation system, the authors claim. It can account for changes in global patterns of agricultural productivity and thus allow for reducing production costs and enhancing food security. But as climate change will have an amplifying effect on the gap between developed and develop-ing countries, reductions in trade barriers will have to be accompanied by measures for poverty reduction and social safety nets.