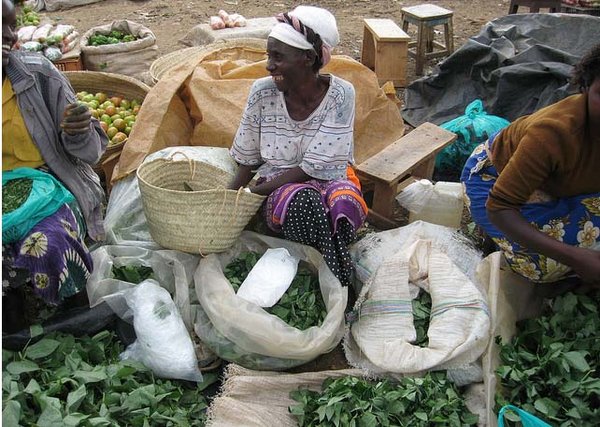 According to an article published in Nature in June 2015, indigenous vegetables are again increasingly being grown and consumed in East Africa. For some years now, various organisations have attempted to bring nutritious indigenous vegetables into local people's diets since they can make a crucial contribution to food security.

Indigenous vegetables make a comeback in Kenya and other African countries, reported Bioversity International on their website in June 2015. The report draws on the article “The rise of Africa’s super vegetables”, which had previously appeared in the Nature journal.

In June 2015, Nature featured the rise of Africa's super vegetables and the work done by organisations such as the World Vegetable Center (AVRDC), the World Agroforestry Centre and Bioversity International as well as Kenyan universities to bring nutritious indigenous vegetables into local people's diets.

According to the article published in Nature, the area planted with indigenous greens grew by 25 per cent in Kenya between 2011 and 2013. African nightshade, amaranth, cowpea leaves and other traditional vegetables are readily available in stores and restaurants. The authors report that the vegetables' new-found popularity is spreading throughout East Africa.

Scientists highlight the potential of domesticating wild vegetables ― a way to make these nutritious plants more accessible when food is scarce, and preserve them as a food source for communities in the face of increasing deforestation. The World Agroforestry Centre in Nairobi is studying a range of Africa's more than 3,000 indigenous fruit species, and finds that they are generally more nutritious, drought-tolerant and pest- and disease-resistant than their exotic counterparts.