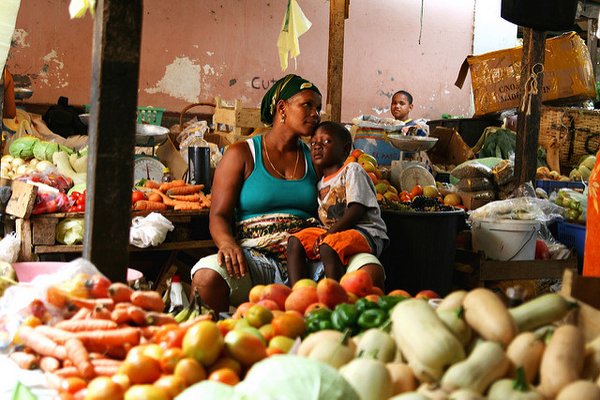 Climate change may cause severe shift in human diet

Changes in temperature and precipitation are expected to reduce global crop productivity and drive people to eat less red meat and less water-intensive fruit and vegetables, says a study by British scientists published in The Lancet magazine in March. This would counteract ongoing efforts to improve nutrition among the world’s poorest people.

For their modelling study, the scientists linked a detailed agricultural modelling framework, the International Model for Policy Analysis of Agricultural Commodities and Trade (IMPACT), to a comparative risk assessment of changes in fruit and vegetable consumption, red meat consumption, and bodyweight for deaths from coronary heart disease, stroke, cancer, and an aggregate of other causes. They calculated the change in the number of deaths attributable to climate-related changes in weight and diets for the combination of four emissions pathways (a high emissions pathway, two medium emissions pathways, and a low emissions pathway) and three socioeconomic pathways (sustainable development, middle of the road and more fragmented development), which each included six scenarios with variable climatic inputs.

In contrast with previous models, this study looks at the quality — not just the quantity — of food available on a warmer planet to estimate how it will impact health. The authors of the study note that even quite modest reductions in per-person food availability could lead to changes in the energy content and composition of diets that are associated with substantial negative health implications.

Most climate-related deaths in this model are projected to happen in South-East Asia and the Western Pacific region, in particular in China and India. “If you take India for example, they will be likely to substitute vegetables and fruit with potatoes and rice that have less health benefits than leafy vegetables,” says lead author Marco Springmann, who is a policy researcher with the Oxford Martin Programme on the Future of Food in the United Kingdom.
The authors of the modelling study conclude that the health effects of climate change from changes in dietary and weight-related risk factors could be substantial, and exceed other climate-related health impacts that have been estimated. Climate change mitigation could prevent many climate-related deaths, they say. Strengthening of public health programmes aimed at preventing and treating diet and weight-related risk factors could be a suitable climate change adaptation strategy.

Comments by WHO expert

A 2014 report by the UN’s World Health Organization (WHO) found that climate change would cause 85,000 deaths of under-fives due to malnutrition in 2050, but this did not take changes in diets into account.

Commenting the study, Diarmid Campbell-Lendrum, one of the editors of the 2014 report and WHO team leader on climate change and health, notes that the strongest factor determining death rates in the new study is the estimated reduction of fruit and vegetable consumption. “This is plausible as we know that low levels of consumption of these types of foods are now a major killer,” he adds. “But it is important to point out that there has been much less research on the effect of climate change on the production, and then the availability of fruits and vegetables than there has been on staple crops.”

Campbell-Lendrum praises the new study for “broadening the range of evidence beyond simply calories” and for increasing understanding that climate change is a great threat to public health, and food and nutrition security.

Study by Marco Springmann and others:  Global and regional health effects of future food production under climate change: a modelling study (The Lancet, 2 March 2016)