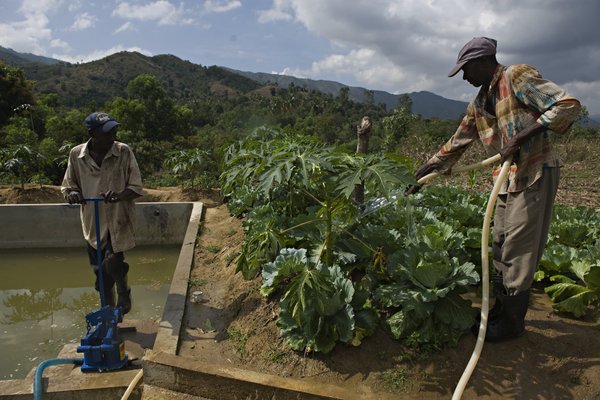 The Caribbean region must prepare for increased drought due to climate change, according to the FAO. Agriculture is the sector most vulnerable to the seasonal nature of drought.

Climate change is expected to increase the intensity and frequency of droughts in the Caribbean. So to ensure food security and hunger eradication, countries in the region must enhance their capabilities to deal with this and other extreme weather-related challenges, according to report published by the Food and Agriculture Organization of the United Nations (FAO) in June 2016.

The region also experiences intense dry seasons particularly in years when El Niño climate events are present. The impacts of this are usually offset by the next wet season, but wet seasons often end early and dry seasons last longer, with the result that annual rainfall is less than expected.

With droughts becoming more seasonal in nature in the Caribbean region, agriculture is the most likely sector to be impacted, with serious economic and social consequences.

This is particularly important since most of Caribbean agriculture is rainfed. With irrigation use becoming more widespread in the region, countries' fresh-water supply will become an increasingly important resource.

Drought can affect the agriculture sector in several ways, by reducing crop yields and productivity, and causing premature death of livestock and poultry. Even a dry spell of 7-10 days can result in a reduction of yields, thus negatively affecting the livelihoods of farmers.

Regional frameworks as a first step

Three significant frameworks for drought management in the region have been put into place: the Comprehensive Disaster Management Strategic Framework, the CARICOM Regional Framework for Achieving Development Resilient to Climate Change: 2011-2021, and the Jagdeo Initiative. In addition, the Caribbean Drought and Precipitation Monitoring Network (CDPMN) was also established in 2009.

However, the most pressing need is for countries to develop strong national initiatives. According to the FAO report, policy-making and planning related to drought are hindered by weak governance, lack of finance and poorly coordinated land management.

The Caribbean region accounts for seven of the world's top 36 water-stressed countries, one of them, Barbados, being in the top 10. FAO defines countries like Barbados, Antigua and Barbuda, and St. Kitts and Nevis as water-scarce with less than 1000 m freshwater resources per capita.