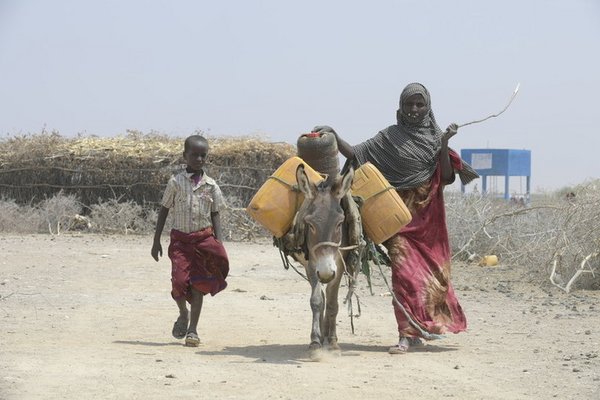 Boosting resilience of women and youth in the Sahel

A new UN initiative based on climate-smart agriculture aims to improve the livelihoods of a million woman and youth in the Sahel by doubling their income in three years.

Women make up over 40 per cent of the agricultural labour force in the Sahel and play a critical role in enhancing food security and nutrition. In most places with high prevalence of
undernourishment, women farmers have significantly less access to land, information, finance and agricultural inputs.

This makes them more vulnerable to climate shocks, affects their health and the food security and
nutrition of the entire household. Lack of employment, on the other hand, puts youth at risk of terrorist recruitment.

The climate-smart agriculture programme will leverage information and communication technologies (ICTs) to provide access to agricultural assets. Using a digital platform known as ‘Buy- From-Farmers’ or AgriFed, small-scale women farmers and youth farmers will be connected to customers, suppliers, information, markets and finance to help build their economic identity and make them valued entrepreneurs, able to end food insecurity in the Sahel.

The G5 Sahel, the institutional framework for development coordination among the five countries in the region - Burkina Faso, Chad, Mali, Mauritania, and Niger -, has identified the priority of combating climate change and environmental degradation along with the effects they have on rural populations. At the national level, governments are working on adaptation strategies and the new initiative is designed to support those efforts.

The three pillars of climate-smart agriculture

The joint UN initiative responds to 12 of the 17 Sustainable Development Goals and has the potential to economically empower at least 1 million people, mostly women, youth and marginalised groups in the Sahel, doubling their income in 3 years.

Building upon climate-smart programmes currently being implemented by the UN agencies
participating in the joint initiative, this programme will contribute to the three pillars of climate-smart agriculture: increasing productivity and incomes without damaging the environment; enhancing adaptation by strengthening local communities’ resilience and capacities; and achieving mitigation, by reducing and/or removing greenhouse gas emissions through responsible farming, soil management and afforestation.