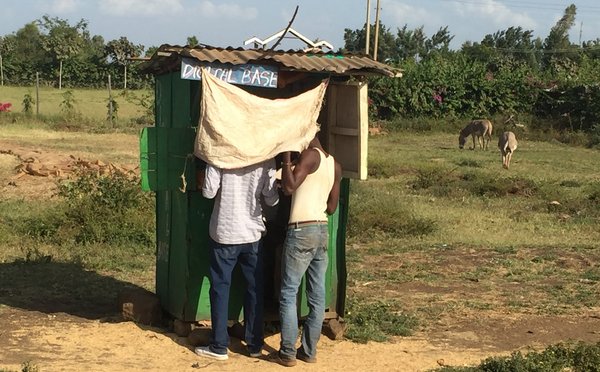 In the 27 African countries studied in “Breaking Down Barriers”, more than 50 per cent of the mobile market is held by a single firm.
Photo: © Olive Bexten/Rural 21

Sub-Saharan and North African countries have relatively low levels of competition. More competition in African markets can enhance growth and lift at least half a million people out of poverty.

Boosting competition in consumer markets and key input sectors can help African countries grow faster and alleviate poverty, according to a report launched in July 2016 by the World Bank Group and the African Competition Forum (ACF).

The report Breaking Down Barriers finds that reducing the prices of basic food staples by just 10 per cent, as a result of tackling cartels and improving regulations that limit competition in food markets, could lift nearly half a million people in Kenya, South Africa and Zambia alone out of poverty and save households in these countries over 700 million US dollars (USD) a year.

At the same time, fundamental market reforms to increase competition in key sectors are critical for competitiveness and economic growth. For example, if countries like Ethiopia, Ghana, Zambia and others were to reform their professional services markets, this could generate nearly half a percentage point in GDP growth from industries which use these services intensively. For a country like Zambia, which had 1.7 per cent GDP growth in 2015, this can be significant.

The report also suggests that the impact would be even larger if fundamental reforms were implemented in other services such as electricity, telecommunications, and transport which have higher spillover potential across economies.

The lack of competition hurts consumer welfare in the region – especially for the poorest. In many
African cities the prices of staple foods including white rice, white sugar, frozen chicken, bread, butter, flour, milk, potatoes and eggs are at least 24 per cent higher than in the rest of the world, even after taking into account demand and transport costs.

Input markets in Africa also face barriers to competition, according to the report, curbing Africa’s competitiveness. In the telecommunications sector for instance, in the 27 African countries studied in “Breaking Down Barriers”, more than 50 per cent of the mobile market is held by a single firm.

Research from Africa has shown that entry of an additional telecom operator leads to a 57 per cent increase in mobile subscriptions, which can have knock-on effects on the economy’s productivity.

The report provides a special focus on competition enforcement and effective market regulatory environments in cement, fertilizer and telecommunications– sectors that are key to construction and agriculture competitiveness, and to the welfare of less well-off households.