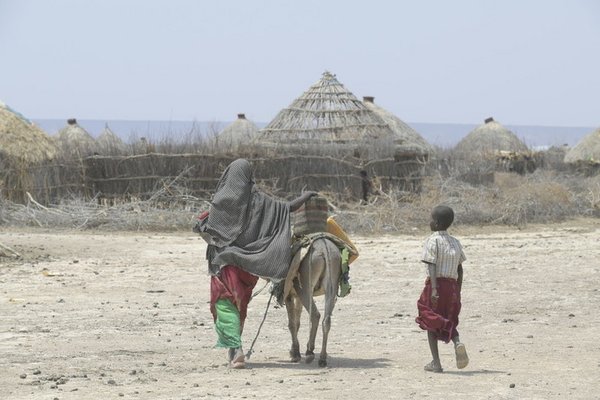 Are we heading towards a “Hothouse Earth” climate?

The earth is at risk of heading towards an irreversible “Hothouse Earth” state, researchers warn. They point out that natural feedback processes could push the climate to a global average of 4-5° C higher than preindustrial temperatures.

Keeping global warming to within 1.5-2° C may be more difficult than previously assessed, according to a study published by an international team of scientists in the Proceedings of the National Academy of Sciences (PNAS) in August 2018.

The study shows that even if the carbon emission reductions called for in the Paris Agreement are met, there is a risk of the planet entering what the scientists call “Hothouse Earth” conditions. A “Hothouse Earth” climate will, in the long term, stabilise at a global average of 4-5° C higher than preindustrial temperatures, with sea level 10-60 m higher than today, the paper says. Currently, global average temperatures are just over 1° C above preindustrial and rising at 0.17° C per decade.

The experts argue that human emissions of greenhouse gas are not the sole determinant of temperature on earth. Their study suggests that human-induced global warming of 2° C may trigger other earth system processes, often called “feedbacks”, that can drive further warming even if emitting greenhouse gases is not stopped.

Feedback processes could tip earth into a new mode of operation

The authors of the study consider ten natural feedback processes, some of which are “tipping elements” that lead to abrupt change if a critical threshold is crossed. The feedbacks could, for example, turn carbon stores into carbon sources, which in a correspondingly warm earth would uncontrollably release carbon emissions.

The scientists point out that a cascade of such events may tip the entire Earth system into a new mode of operation. These tipping elements can potentially act like a row of dominoes. Once one is pushed over, it pushes earth towards another. In their opinion it may be very difficult or impossible to stop the whole row of dominoes from tumbling over. Thus, places on earth will become uninhabitable if “Hothouse Earth” becomes the reality.

The question is whether the climate system can be safely 'parked' near 2°C above preindustrial levels, as the Paris Agreement envisages. Or if, once pushed so far, it will slip down the slope towards a hothouse planet. This risk must be assessed by research as soon as possible, the experts stressed.

Maximizing the chances of avoiding a “Hothouse Earth” requires not only reduction of carbon dioxide and other greenhouse gas emissions but also enhancement and/or creation of new biological carbon stores, for example, through improved forest, agricultural and soil management; biodiversity conservation; and technologies that remove carbon dioxide from the atmosphere and store it underground, the paper says.

Critically, the study emphasises that these measures must be underpinned by fundamental societal changes that are required to maintain a “Stabilised Earth” where temperatures are ~2°C warmer that the preindustrial.