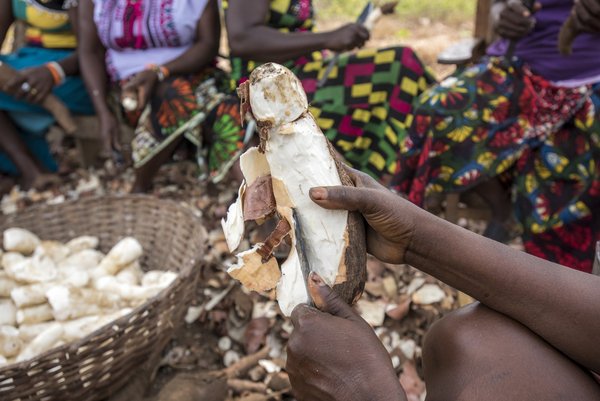 Many farmers lack information on crop diseases. Now, a new developed mobile app diagnoses crop diseases in the field and alerts the farmers.

To stop the spread of pests and diseases, a team under the CGIAR Research Program on Roots, Tubers and Bananas (RTB) has developed a mobile app to accurately diagnose diseases in the field, which will be combined with SMS services to send alerts to thousands of rural farmers. This was reported by the International Institute of Tropical Agriculture (IITA) in September 2017.

Cassava brown streak disease is spreading westward across the African continent, and together with cassava mosaic disease, it threatens the food and income security of over 30 million farmers in East and Central Africa. Likewise, banana is threatened by fungal and bacterial diseases includ-ing the devastating banana bunchy top virus, while late blight still plagues potato farmers.

Farmers are often unable to properly identify these diseases, while researchers, plant health au-thorities and extension organisations lack the data to support them. The new app is to remedy this and provide farmers with the necessary information.

Smallholders or extension officers with a basic smartphone containing a camera will be able to download the app for free, point it at a leaf with disease symptoms and get an instant diagnosis, according to IITA. The app will also provide the latest management advice for all major diseases and pests of root, tuber and banana crops, and pinpoint the location of the nearest agricultural extension support for farmers.

Currently developed for cassava, the researchers aims to expand the app for other root, tuber and banana crops that are critical sources of food, nutrition and income security for millions.