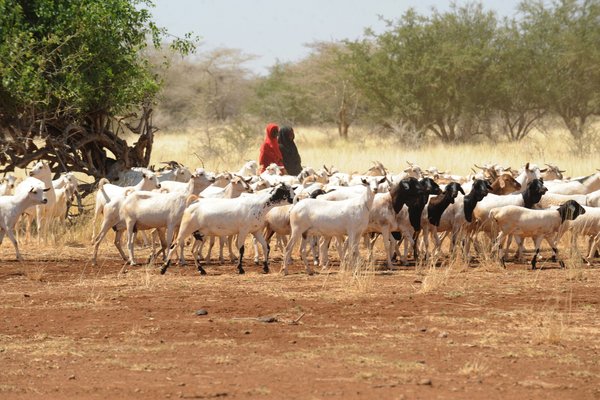 Another hunger season at the Horn of Africa

With continued drought, the Horn of Africa braces for another hunger season, FAO warned at the end of 2016. Nearly 12 million people across Ethiopia, Kenya and Somalia are in need of food assistance. Agricultural support is critical now to protect livestock and equip families to plant in the rainy season.

Countries in the Horn of Africa are likely to see a rise in hunger and further decline of local
livelihoods in the coming months warned the Food and Agriculture Organization of the United Na-tions (FAO) in December 2016.

Farming families are struggling with the knock-on effects of multiple droughts that hit the region last year. Growing numbers of refugees in East Africa, meanwhile, are expected to bring an even higher burden to already strained food and nutrition security.

Currently, close to 12 million people across Ethiopia, Kenya and Somalia are in need of food assis-tance, as families in the region face limited access to food and income, together with rising debt, low cereal and seed stocks, and low milk and meat production. Terms of trade are particularly bad for livestock farmers, as food prices are increasing while at the same time market prices for live-stock are low.

Farmers in the region need urgent support to recover from consecutive lost harvests and to keep their breeding livestock healthy and productive at a time when pastures are the driest in years. Production outputs in the three countries are grim.

FAO has already begun disbursing emergency funds for rapid interventions in Kenya and
Somalia. The funds will support emergency feed and vaccinations for breeding and weak animals, repairs of water points, and seeds and tools to plant in the spring season. FAO is also working with local officials to bolster countries' emergency preparedness across the region.

Millions of people are food insecure in Kenya, Somalia and Ethiopia

Kenya is highly likely to see another drought in early 2017, and with it a rise in food insecurity. Current estimates show that some 1.3 million people are food insecure.

Based on the latest predictions, the impacts of the current drought in the southern part of the country will lessen by mid-2017, but counties in the North - in particular Turkana, Marsabit, Wajir and Mandera – will steadily get worse.

After two poor rainy seasons this year, Somalia is in a countrywide state of drought emergency, ranging from moderate to extreme. The country's driest season - the Jilaal that begins in January- is expected to be even harsher than usual.  Some five million Somalis are food insecure through December 2016.

Farming families in Ethiopia, meanwhile, are extremely vulnerable as they have not been able to recover from the 2015 El Nino-induced drought. Some 5.6 million people remain food insecure, while millions more depend on livestock herds that need to be protected and treated to improve milk and meat production. Here, too, better access to feed and water is critical.

The crop situation is relatively stable after the country completed the most widespread emergen-cy seed distribution in Ethiopia's history. FAO and more than 25 NGOs and agencies reached 1.5 million households with drought-resistant seeds. As a result of enabling farming families to grow their own food, the government and the humanitarian community saved close to USD 1 billion in emergency aid, underlining that investing in farmers is not only the right thing to do, but also the most cost-efficient.