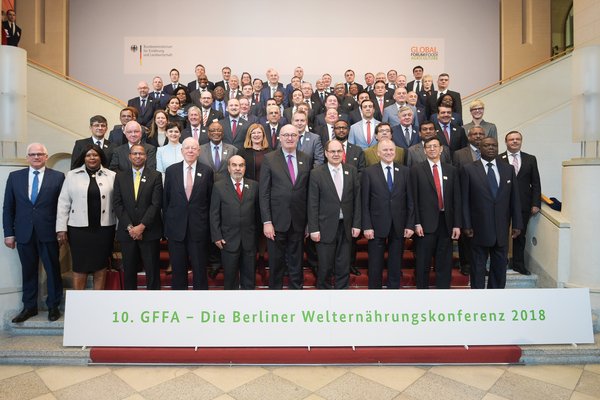 Towards the end of the 10th Berlin Agriculture Ministers Conference, delegates from 69 states as well as representatives of the European Commission and of international organisations committed themselves to responsible and sustainable animal husbandry.

For the tenth time in a row, ministers of agriculture from all over the world met at the Global Forum for Food and Agriculture in Berlin, Germany. This year, they discussed the issue of how to shape the future of global livestock production so that it is sustainable and simultaneously ensures that the growing world-wide demand for foods of animal origin is met.

In their final communiqué, the agriculture ministers commit themselves to responsible and efficient livestock production. They call on their counterparts and all international organisations to take action, asking them to stand up for