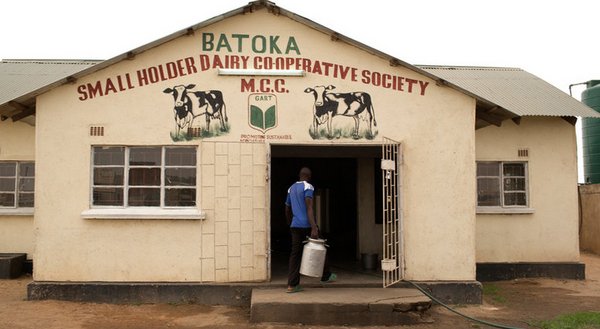 African farmers suffer from overproduction of milk in the EU

NGOs are warning that production of a milk surplus by European farmers is also causing problems for dairy farmers in developing countries, particularly in West Africa.

The sharp rise in milk production in Europe is the decisive cause of the massive excess supply on world markets, leading to the slump in prices which is threatening dairy farmers’ livelihoods, as the NGOs Greenwatch and Misereor reported in May 2016.

Since 2011, production in the EU has risen by 11 million tons. In Germany alone, the quantity of milk rose 2.8 million tons over this period. Growth in the surplus ratcheted up particularly sharply in the course of eliminating the milk quota in 2015. By contrast, global demand for milk rose significantly more slowly.

The situation on the European milk market is becoming increasingly drastic for the affected farmers, but the impact is not limited to European producers. The excess supply is dangerous to many producers in West Africa in particular, as they are unable to compete with cheap imports (especially of powdered milk from the EU), and are facing ruin as a result.

To develop joint solutions for this problem with African milk producers, producers from the European Milk Board, representatives of Misereor and Germanwatch and journalists travelled to Burkina Faso in May/June 2016 for talks with the organisation PASMEP, an initiative to support dairy farmers in Burkina Faso.

All the participating organisations were clear that the excess production in Europe and virtually unrestricted imports to West Africa must be checked. This cannot happen without the appropriate policy framework.

The NGOs are calling for a fair solution for both European and African farmers, arguing that the EU must use financial incentives to encourage limiting the quantity of milk. At the same time, there must be no export regulations which are not coordinated with the interests of West African farmers. The NGOs are also calling for further development of the short-term measures to prevent a European crisis and a change in strategy to focus on improved quality rather than higher exports.