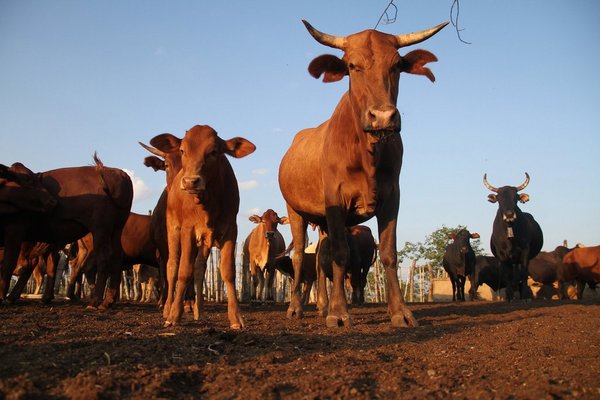 An FAO Action Plan on Antimicrobial Resistance aims to help countries equip their agricultural sectors to respond to the growing threat and reduce the spread of antimicrobial resistance on farms and in food.

The greater use – and abuse – of antimicrobial medicines in both human and animal healthcare has contributed to an increase in the number of disease-causing microbes that are resistant to medicines traditionally used to treat them, like antibiotics.

To tackle this challenge, an Action Plan on Antimicrobial Resistance was launched by the Food and Agriculture Organization of the United Nations (FAO) in September 2016.

With much attention justifiably focused on exposure to "antimicrobial resistance" (AMR) pathogens in hospitals and similar settings, FAO is also stressing that the presence of AMR micro-organisms in farming systems represents another vector – the food we eat.

And in addition to public health risks, AMR has implications for both food safety and food security and the economic well-being of millions of farming households across the globe.

FAO is aiming to help governments put in place national strategies for tackling AMR and AMU in their food and agricultural sectors by mid-2017.

Increased use of antimicrobials in agriculture

As a result of economic expansion and population growth over the past 50 years, food production methods have intensified, resulting in an increase in the use of antimicrobials in agriculture.

These medicines are used to treat animals that are already sick, or to prevent diseases from spreading further within a flock or on a farm. In addition to livestock, they are now employed in aquaculture – fish farms – in the same way.

In some cases – albeit to a lesser degree – antimicrobial substances are spread on plant crops.

Additionally, antimicrobials are added in low concentrations to animal feed as a way to stimulate growth – a practice that is increasingly discouraged but still relatively common.

Estimated global antimicrobial consumption in the livestock sector currently runs to over 60,000 tonnes per year. With demand for animal-sourced food products projected to grow steadily over the coming decades, the use of antimicrobials will continue to rise, FAO says.