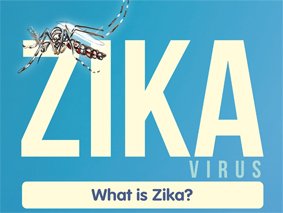 The rapid development of a safe and effective ZIKV vaccine is a global health priority.
Infographic: WHO

An international team of researchers have achieved a crucial breakthrough in the treatment of the ZIKA virus. For the first time, they have developed two vaccine candidates that fully protected mice against the virus after just one injection. This is a big step towards a vaccine to counter the disease.

Zika virus (ZIKV) is a flavivirus that is responsible for an unprecedented current epidemic in Brazil and the Americas. ZIKV has been causally associated with fetal microcephaly, intrauterine growth restriction and other birth defects in both humans and mice. The rapid development of a safe and effective ZIKV vaccine is a global health priority, but very little is currently known about ZIKV immunology and mechanisms of immune protection.

A study conducted by an international team of researchers headed by Rafael Larocca of the Beth Israel Deaconess Medical Center and Harvard Medical School Boston, USA, looked at two new therapy approaches. In one of them, they created a candidate for a vaccine containing complete but deactivated ZIKA viruses coming from a strain occurring in Northeast Brazil. Like with other classical inoculations, contact with these dead viruses mobilises immune defence without causing the risk of an infection and contracting the disease.

The second candidate is a DNA vaccine. The researchers isolated the virus genes that are responsible for the production of the virus shell and the membrane and integrated them in plasmids. This ring-shaped DNA is taken up by the cells of the vaccinated patient and selected, resulting in the creation of virus shell and membrane proteins. They then serve the immune system as an anti-gene with which it will in future be able to recognise and effectively combat intruding ZIKA viruses.

In trials with three strains of mice, Larocca and his colleagues have now tested these two vaccines. They gave the animals intramuscular injections with doses of the respective vaccine. Four weeks later, they then infected them with the ZIKA virus. The researchers report that as a result, the viruses were unable to multiply or cause disease symptoms among any of the inoculated animals.

A significant increase in ZIKA-specific antibodies in the animals’ blood just a few days after inoculation was a further indication of effective immunisation.

The scientists believe that much speaks for these vaccines also working among humans, even though a number of tests are still required before they can proceed from mice to humans. “It is difficult to extrapolate the results of the mouse vaccination studies directly to potential effectiveness among humans,” the researchers stress. “But the robust protection observed in our study and the clear immune correlative of the protective effect indicate an approach to a ZIKA agent for humans.” This is also suggested by the fact that the biotechnical procedures and platforms for these vaccine candidates have already been established. They have been applied in comparable doses to produce vaccines against other flaviviruses such as the Western Nile virus, dengue viruses or encephalitis viruses transmitted by ticks. “In sum, our results give reason for substantial optimism that the development of a safe and effective ZIKA vaccine for humans is feasible,” Larocca and his colleagues conclude.

Link to article in nature