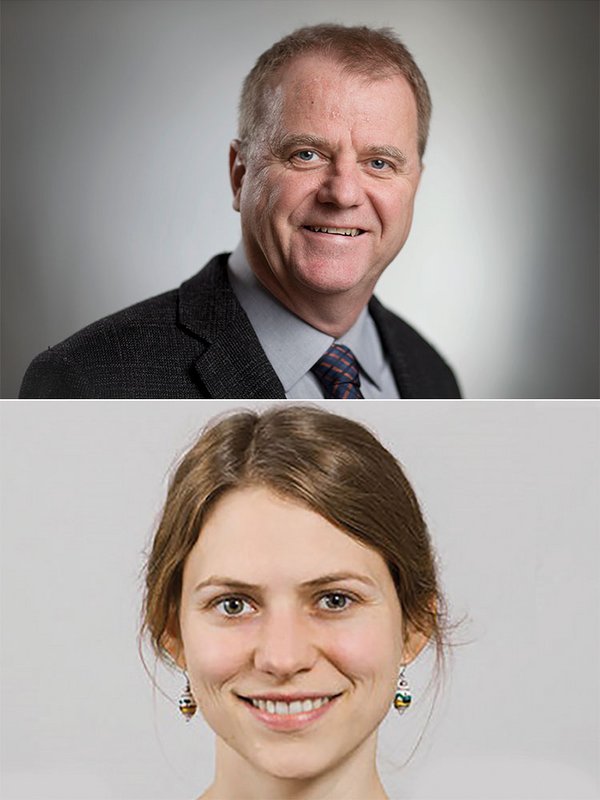 A response to the article “Divorced from reality”

In his Opinion article “Divorced from reality” in the previous Rural 21 edition, our author Ingo Melchers accused some of the German NGOs and church relief organisations of lacking strategies to address the problems of African agriculture. A riposte.

In his article “Divorced from reality”, author Ingo Melchers criticises German church relief organisations MISEREOR and Bread for the World and VENRO, the federation of development cooperation and humanitarian relief in Germany, for applying the wrong “recipes” to rural development and agriculture in Africa. First and foremost, he alleges that the church relief organisations are critical of industrial agriculture and instead prioritise a vague concept of agroecology. Second, he claims that they do not focus sufficiently on productivity increases and are opposed to the use of chemical fertiliser. Third, he states that the German church relief agencies and many non-governmental organisations apply European standards to African development, neglect to conduct country-specific political analysis and fail to recognise African partners’ autonomy. And fourth, he claims that many NGOs have entered into an “unholy alliance” with old elites in developing countries that display no interest in eradicating poverty.

It certainly makes sense to reflect critically on one’s own positions from time to time and engage in spirited debate about the best way forward on rural development. It is for this very reason that the German church relief organisations and NGOs are involved in an ongoing and constructive dialogue with Germany’s Federal Ministry for Economic Cooperation and Development (BMZ) and Federal Ministry of Agriculture and Food (BMEL), Deutsche Gesellschaft für Internationale Zusammenarbeit (GIZ) and academic institutions. Sadly, Ingo Melchers’ opinion piece fails to make a constructive and objective contribution to this discourse. Instead, throughout the text, he presents isolated and randomly chosen excerpts from papers by the church relief organisations – out of context – in an attempt to demonstrate that their strategies are the wrong ones. And without a shred of evidence, he implies the existence of relationships – for example, to the old elites in developing countries – that bear no resemblance to reality. The motives for this verbal assault on Bread for the World and MISEREOR are unclear. The accusations themselves attest to a lack of knowledge of the two organisations’ programmes and projects and a failure to grasp how their relations with their partner organisations in Africa, Asia and Latin America actually work.

Take, for example, the statement that the two church relief organisations decide on behalf of, or lack respect for the autonomy of, African farmers, consumers, democratically legitimised governments and parliaments. This assertion has no basis in fact. On the contrary, all programmes and projects are initiated by local partner organisations and are then developed and implemented through cooperation and dialogue. It is not a one-way street but a mutually enriching process of shared learning, based on the recognition that it is the partner organisations that have the requisite skills and expertise, acquired through decades of work under often very challenging conditions and with little government support, to improve rural development and agriculture in the African countries. Strengthening these capacities is one of the main tasks of non-governmental development cooperation.

Despite his wholesale criticism of agroecology, the author does not appear to be fully conversant with the concept, claiming, for example, that it is not clearly defined or verifiable with straightforward criteria. In point of fact, the Food and Agriculture Organization of the United Nations (FAO) has defined 10 Elements of Agroecology, which are also endorsed by the FAO’s Committee on Agriculture (COAG), not least because agroecology can contribute positively to 15 of the 17 Sustainable Development Goals set out in the 2030 Agenda.

Linking in with the international debate and local experience, many NGOs and church relief organisations have explained the concept of agroecology in detail in a joint paper and, moreover, have clearly identified the political interests that stand in its way. The author also appears to have overlooked the fact that agroecological concepts now enjoy broad political support, as shown, for example, by the motion tabled by the parliamentary groups of the coalition parties and adopted by the German Bundestag’s Committee on Economic Cooperation and Development in May 2019. This motion calls on the German government to give more support to harnessing the potential of agroecology to contribute to the Sustainable Development Goals.

Contrary to the author’s opinion, aspects such as soil fertility, incomes and farm-based innovations in fact play an important role in agroecological systems. Various impact studies have investigated how agricultural systems affect productivity and incomes, taking into account the complex realities facing family farms and smallholder households. For the poorest ten per cent of households, agroecological methods are proven to have particularly positive impacts. Agroecology promotes a closed loop economy, maximises the use of locally sourced renewable resources and aims to reduce dependence on externally procured inputs. A focus on environmental impacts is also important, alongside factors such as costs and debt risk. So it is not about adhering to dogma: it is about supporting locally appropriate, holistic solutions. The reality is that even mineral fertilisers will only be effective once sufficient attention is paid to soil fertility, humus management and organic manuring.

All these various agroecological strategies make an important contribution to increasing productivity and incomes. However, it is generally recognised that other factors, besides productivity increases, are important in improving conditions for rural communities. These factors include the availability of adequate land for smallholder families, access to water and peasant seeds, good infrastructural development and reliable marketing outlets.

One of the greatest challenges facing agriculture is climate change. Here too, the potential of agroecology, e.g. in the form of agroforestry systems, is widely recognised. Locally appropriate smallholder farming that is aligned to agroecological principles can reduce poverty, hunger and malnutrition. By contrast, large-scale industrial-style cropping systems – which also exist in African countries, growing products such as oil palm or sugar cane as bioenergy feedstock – and plantations (tea, pineapple, coffee, etc.) have made a fairly modest contribution to eliminating poverty and hunger thus far. In its assessments of cooperation with the private sector in agriculture, the German Institute for Development Evaluation (DEval) concludes that communities living in extreme poverty do not benefit directly from support that mainly prioritises market access. DEval therefore underlines the need to implement other more appropriate measures.

Lastly, the basis for Melchers’ generalised claim that many NGOs display hostility towards business and technology is unclear. MISEREOR and Bread for the World support numerous projects and programmes that include cooperation with businesses. Whether the emphasis is on fair trade, establishing food processing and marketing cooperatives or facilitating improvements in animal husbandry together with the private sector, what is important is that farmers, male and female alike, should be able to interact with companies on equal terms, that they are not disadvantaged and that the partnerships are financially viable. Similarly, promoting appropriate technologies, such as the use of draught animals or single-axle tractors in rice cultivation, is well-established as a means of supporting agricultural development in systems that rely mainly on smallholders. However, these technologies must be deployed with care, and good-quality technical training for farmers (female and male alike) is required to avoid adding to the heaps of unused agricultural machinery and equipment rusting away in Africa.

Bernhard Walter is Policy Advisor on Food Security for Bread for the World in Berlin, Germany.
Contact: bernhard.walter@brot-fuer-die-welt.de

The organisations’ joint paper on agroecology