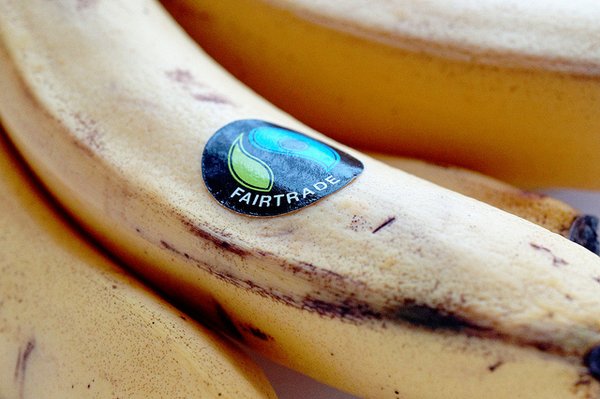 A growing number of farmers benefit from Fairtrade

Fairtrade International’s Annual Report 2014-15 affirms that the sales volume of Fairtrade products has increased in recent years. The highest sales volumes are obtained from bananas and coffee.

Sales of Fairtrade products have increased, affirms the Fairtrade International Annual Report published in September 2015.  The benefits are felt by more than one and a half million farmers and labourers the world over.

Men and women producers obtained Fairtrade grants totalling some 105 million euros to invest in their enterprises and social projects - 14% more than in the previous year. This increase is generated from the higher sales of traditional products such as cotton and cacao, joined by new suppliers of Fairtrade gold.

The highest sales volumes are obtained from bananas with a volume of ca. 439 000 tons (+18%), followed by coffee with about 93 000 tons (green coffee, +12%). There are positive trends in the sales of cotton (+28%), cacao (+24%), about half of the additional quantities being obtained through the new Fairtrade programmes, and gold (+259%). The high growth in fair-traded gold is chiefly due to the revised standards making it simpler for goldsmiths to buy Fairtrade gold.

For producers there is a great demand to obtain greater market access, and producer organisations want to also sell their goods on regional markets. Consequently, Brazil was the fourth producer country to set up its own Fairtrade Marketing Organisation. Local consumers can now also buy domestically produced Fairtrade coffee and honey. Such marketing organisations already exist in South Africa, India and Kenya.