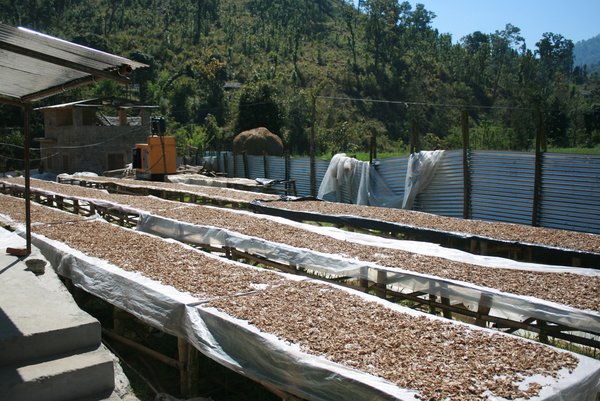 In the context of the Nepal Trade Integration Strategy, “Deutsche Gesellschaft für Internationale Zusammenarbeit” (GIZ) and the Import Promotion Desk (IPD) are supporting a model project on promoting exporting of medicinal and aromatic plants. The project demonstrates how economic promotion can help develop efficient value chains and create direct access for Nepalese companies to the German trade market.

Gathering and selling medicinal and aromatic plants for medical and cosmetic purposes is an important source of income for the people of Nepal and provides a substantial contribution to the country’s economy. In some of Nepal’s mountain regions, more than half of the population are occupied with gathering and selling the medicinal and aromatic plants that grow wild there. The share of women involved in this activity is more than 50 per cent.

Around 1,800 species of medicinal and aromatic plants grow in the Himalayas. But only a handful of these valuable plants are processed in local production to provide etheric oils or to manufacture traditional Ayurveda medicines. Most of the plants are sold largely unprocessed to Indian middlemen for the pharmaceutical industry. People in Nepal can earn only small profits from the sale of the unprocessed plants and hardly benefit from the high demand for medicinal and aromatic plants.

The Nepalese producers could significantly raise the value added potential if they were able to process these plants locally.

This is where co-operation between GIZ and the Import Promotion Desk (IPD) in the context of the Nepal Trade Integration Strategy (NTIS) comes in. The Nepalese Ministry of Trade initially developed the NTIS to promote its export trade in a selection of sectors in 2010 and updated it in 2016. The sectors chosen include medicinal and aromatic plants. GIZ and the IPD are supporting Nepal in implementing this strategy.

GIZ creates the conditions for better marketing prospects for medicinal and aromatic plants. It supports small and medium-sized enterprises in bio-certification and the introduction of common brand or place of origin labels. Central processing and warehousing facilities enable the production of marketable products. It advises and trains companies locally and supports branch associations and the Nepalese trade promotion organisation in developing initiatives of their own for export promotion.

The IPD bases its activities on this development effort by GIZ and supports exporting companies on the “last leg”. The IPD contributes to the German market opening up to the Nepalese products. The IPD acts as a matchmaker arranging contacts with Germany’s import industry.

First, the IPD runs training programmes informing Nepalese producers about requirements regarding regulation, importing conditions and quality standards that they need to fulfil when exporting their products to Germany and Europe. In a further step, the IPD introduces the exporters from Nepal to national and international trade fairs so that they can present their products and establish links with buyers. For example, this year, three companies from Nepal visited Biofach in Nuremberg, among them the exporters Satya International. This company produces high-quality oils and spices from medicinal and aromatic plants. At the trade fair, Satya managed to complete a number of transactions with German and European importers – including seven transactions with partners who have already placed follow-up orders.

Thanks to the direct links between the Nepalese producers and the German importers, there is no intermediary trade. Thus most of the steps in the value chain stay in Nepal, which enables higher prices to be realised. This benefits everyone working in the branch, the gatherers, processing, trade and, hence, the entire region.

For example, the Gajurmukhi Herbal company extended its area under cultivation from 18 to 70 hectares over the last two years. Gajurkumhi grow spices and herbs such as Jatamansi, Patchouli, juniper and camomile and make etheric oils with them. When it joined the programme, the Organic Mountain Flavor company was working with 520 smallholders. Now there are 1,700 smallholders, and they above all produce ginger and curcuma, which is then processed and marketed by Organic Mountain Flavor.

The Import Promotion Desk is also co-operating with GIZ in other countries such as Kirgizstan, Tunisia and Peru. The IPD’s core competency is development-oriented export promotion. The aim is to better integrate developing countries and emerging economies in global trade and thus contribute to sustainable economic development in these countries. Commissioned by the German Federal Ministry for Economic Cooperation and Development (BMZ), the IPD advises small and medium-sized enterprises on how to successfully introduce their products on markets in Germany and other countries in Europe. The IPD co-operates closely with local Business Support Organisations that are to provide consultancy and support services for the companies in the long run. The IPD focuses on certain branches such as fresh fruit and vegetables, cut flowers, natural food ingredients, pharmaceuticals and cosmetics as well as technical wood.