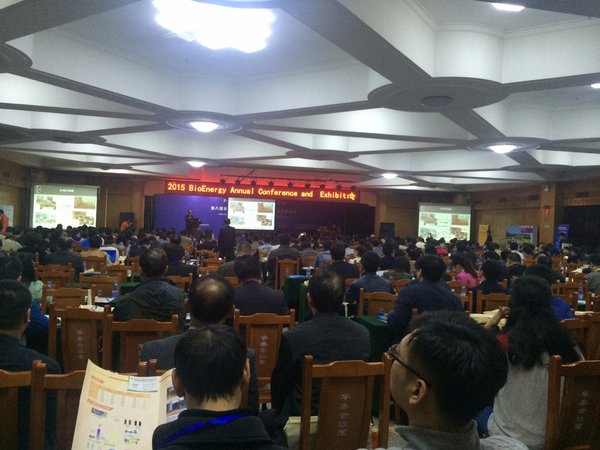 For the sixth time, DLG is hosting the Sino-German BioEnergy Annual Conference in Jinan, Province Shandong. The Conference in mid-October is part of the German-Chinese Agricultural Center (DCZ), which was founded by the German and the Chinese ministries of agriculture in 2015.

In 2015, the German Federal Ministry of Food and Agriculture (BMEL) and the Chinese Ministry of Agriculture (MoA) founded the German-Chinese Centre (DCZ) in Beijing, China. This marked the beginning of a process that is to intensify collaboration between the two countries in agricultural matters and is to provide a platform for  them to enter in a dialogue and establish bilateral relations.

The DCZ’s mission is to deepen co-operation between both countries at political level, promote dialogue between experts, pool co-operation at scientific level, align the the countries strategically and further overall economic co-operation between them. On the German side, Deutsche Gesellschaft für Internationale Zusammenarbeit (GIZ) has been tasked with putting all this into practice whereas DLG e.V. (the German Agricultural Society) is in charge of co-ordinating the agricultural and food industries.

The DCZ is also home to a BMEL biogas project, a decentralised scheme that started in 2004 and is dedicated itself to “Consultation services on a German-Chinese prototype biogas plant”, providing demonstrations of German biogas technology and consultation on how to operate the facility.

In another approach, DLG is active in promoting the transfer of knowledge and economic co-operation. In this context, it has now been hosting an annual event on renewable energies, the Sino-German BioEnergy Annual Conference, for six years. The meeting has become a leading platform in its field. Taking place in a different city each year, the Conference welcomes about 500 experts from all over China, representatives and decision-makers from 32 Chinese provinces, as well as German and Chinese manufacturers of biogas plants, researchers and experts. This year’s conference will take place on 13-14 October in Jinan, the capital of Shandong Province. The conference topic will be ‘Clean Energy for sustainable rural development’.

Last year, 40 German and Chinese companies had the opportunity to present their products and services in the entrance hall to the conference. “For the Chinese biogas industry, this conference presents a high-calibre platform for sharing knowledge and information,” says Martin Botzian, head of DLG’s International Projects department. “The exhibiting companies report a growing interest in renewable energies and relevant topics as well as in how to implement such projects in China.”