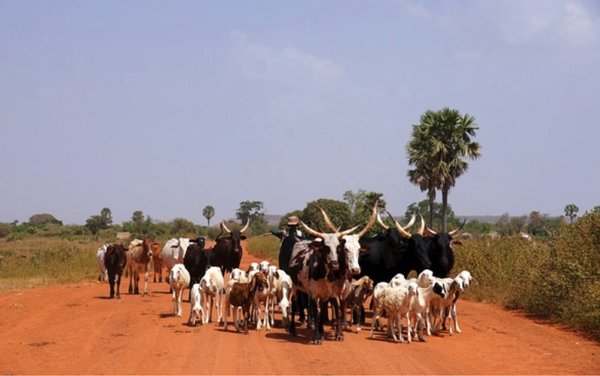 Niger: Fighting hunger and building resilience in a nexus approach

Alleviating hunger and ensuring equitable access to healthy and balanced nutrition are a major global challenge and a key issue for the SDC. Efforts in Niger show how Switzerland’s instruments of international cooperation are able to achieve effective results on the ground thanks to the so called ‘nexus approach’.

In Sub-Sahara Africa, 80 per cent of agricultural land is cultivated by smallholder family farms. Smallholder farms are, therefore, the most important food producers.

This is also the case in the West African Sahel country Niger. Due to cyclical and structural problems Niger suffers repeatedly from food insecurity. Since the 1970s the country has experienced seven major food crises; the root causes are complex and varied. Approximately 80 per cent of the population live in rural areas with over 60 per cent living below the poverty line.

In order to respond to acute emergencies and tackle the root causes of food insecurity in a lasting and comprehensive way, it is vital that humanitarian aid, development cooperation and peace-building work in lockstep or in a “nexus approach”.

Efforts in Niger show how Switzerland’s instruments of international cooperation are able to achieve effective results on the ground thanks to this ‘nexus approach’.

“In Niger, the nexus approach enables us to address the myriad difficulties that our country faces. In practice, this means that vulnerable communities mix with the less vulnerable, and development projects and emergency relief efforts operate in parallel”, says Ibrahim Bâ, Core Programme Officer. “As a result, stakeholders are involved in both of these aspects, thereby helping one another to achieve their respective goals”.

In Niger droughts and flooding are causes of food crises. The effects of climate change and strong demographic growth further heighten the situation. Conflicts, whether natural resource-induced or sparked by cross-border terrorist attacks, exacerbate food crises.

Every year over three million people in Niger – nearly one fifth of the population – are affected by food insecurity. The situation is particularly acute during the lean season: the period when the last of the previous year’s harvest has been consumed and the new season’s plantings are not yet ready to be picked.

In response to this crisis and to mitigate the risk of famine, the SDC provides funding for operations run by the United Nations World Food Programme (WFP). The UN agency focuses its efforts on two fronts:  providing emergency aid to alleviate the most urgent needs and adopting measures to increase the resilience of people facing future shocks.

In the Diffa region on the border with Nigeria, 250 000 people currently suffer from malnutrition and acute food insecurity. The armed conflict between the Boko Haram terrorist organisation and the government has driven them from their homes.

In response to this crisis, the SDC provides funding for operations run by the United Nations World Food Programme (WFP) and supports a project of “Action against Hunger” (ACF). The priorities for both organisations is providing emergency aid to alleviate the most urgent needs and strengthening resilience. Here, emergency aid takes one of two forms: the distribution of food or cash transfers to allow members of the affected community to purchase vital supplies.

In addition to emergency relief efforts, measures must be taken that build the capacities of the local population to withstand future shocks and crises (resilience).

In Niger, the Swiss Development Agency helps secure transhumance corridors in order to reduce conflicts between nomadic and sedentary populations.

Promoting economic development by improving the coexistence of sedentary farmers and nomadic herders is one of the priorities of the SDC’s programme to support livestock farming in Niger, a country that mainly lives off the agro-pastoral sector. Transhumance (which concerns 70% of herds) leads to recurrent conflicts, which are sometimes deadly, and significant financial losses. This is caused by pressure on natural resources due to the expansion of cultivated land, strong demographic growth and climate change. Nomadic pastoralists are also victims of armed groups in the north of the country, which force them to flee with their herds.

For several years the SDC has been working to develop and secure grazing land, including in cross-border areas, in tandem with local populations and authorities. It supports consolidation of the rural code and implementation of the ordinance guaranteeing nomadic populations the right to mobility. These efforts have led to tangible results: 2,000 hectares of grazing land have been restored, 4,000 km of pathways have been designated and documented, over 100 wells have been cemented and land commissions are in place to manage and prevent disputes. These measures serve as a model for the whole of Africa.

For more information:
Link to the presentation on SDC website