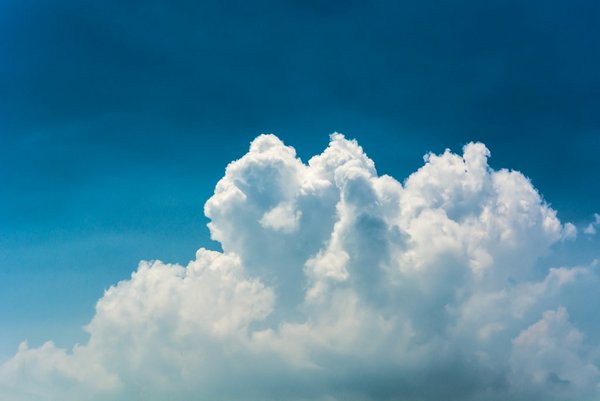 Global carbon emissions in 2022 remain at record levels – with no sign of the decrease that is urgently needed to limit warming to 1.5°C, according to the new report of the Global Carbon Project science team. If current emissions levels persist, there is now a 50 per cent chance that global warming of 1.5°C will be exceeded in nine years.

The new report of the Global Carbon Project science team projects total global CO2 emissions of 40.6 billion tonnes (GtCO2) in 2022. This is fuelled by fossil CO2 emissions which are projected to rise 1.0 per cent compared to 2021, reaching 36.6 GtCO2 – slightly above the 2019 pre-COVID-19 level. Emissions from land-use change (such as deforestation) are projected to be 3.9 GtCO2 in 2022.

The findings came as world leaders met at COP27 in Egypt to discuss the climate crisis.

Projected emissions from coal and oil are above their 2021 levels, with oil being the largest contributor to total emissions growth. The growth in oil emissions can be largely explained by the delayed rebound of international aviation following COVID-19 pandemic restrictions.

To reach zero CO2 emissions by 2050 would now require a decrease of about 1.4 GtCO2 each year, comparable to the observed fall in 2020 emissions resulting from COVID-19 lockdowns, highlighting the scale of the action required, the researchers say.

Land and ocean, which absorb and store carbon, continue to take up around half of the CO2 emissions. The ocean and land CO2 sinks are still increasing in response to the atmospheric CO2 increase, although climate change reduced this growth by an estimated 4 per cent (ocean sink) and 17 per cent (land sink) over the 2012-2021 decade.

This year's carbon budget shows that the long-term rate of increasing fossil emissions has slowed. The average rise peaked at +3 per cent per year during the 2000s, while growth in the last decade has been about +0.5 per cent per year. The research team – including the University of Exeter and the University of East Anglia in the United Kingdom, CICERO, Norway, and Ludwig-Maximilian-University Munich in Germany – welcomed this slow-down, but said it was "far from the emissions decrease we need".

"This year we see yet another rise in global fossil CO2 emissions, when we need a rapid decline," said Professor Pierre Friedlingstein, of Exeter's Global Systems Institute, who led the study. "There are some positive signs, but leaders meeting at COP27 will have to take meaningful action if we are to have any chance of limiting global warming close to 1.5°C.”

Land-use changes, especially deforestation, are a significant source of CO2 emissions (about a tenth of the amount from fossil emissions). Indonesia, Brazil and the Democratic Republic of the Congo contribute 58 per cent of global land-use change emissions. Carbon removal via reforestation or new forests counterbalances half of the deforestation emissions, and the researchers say that stopping deforestation and increasing efforts to restore and expand forests constitutes a large opportunity to reduce emissions and increase removals in forests.

The Global Carbon Budget report projects that atmospheric CO2 concentrations will reach an average of 417.2 parts per million in 2022, more than 50 per cent above pre-industrial levels. The projection of 40.6 GtCO2 total emissions in 2022 is close to the 40.9 GtCO2 in 2019, which is the highest annual total ever.

The Global Carbon Budget report, produced by an international team of more than 100 scientists, examines both carbon sources and sinks. It provides an annual, peer-reviewed update, building on established methodologies in a fully transparent manner.