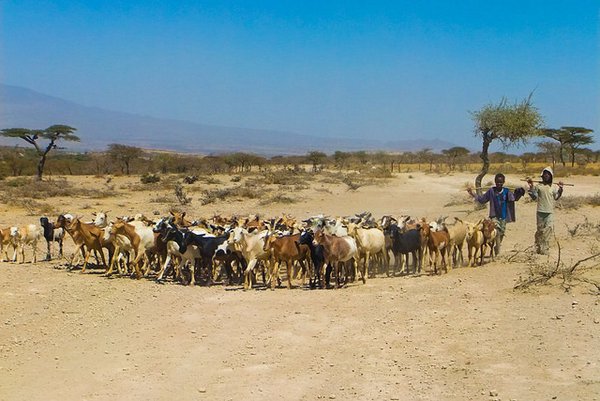 Together with the other G7 countries, Germany is supporting the InsuResilience climate risk insurance initiative. At the Climate Change Conference in in Paris, France, the German Federal Government announced that it was providing a further 420 million USD.

In order to mitigate the impact of climate change on people in the developing countries, Germany is stepping up its efforts to support the InsuResilience climate risk insurance initiative. Together with representatives of the other G7 states, the insurance industry, civil society and the developing countries concerned, Thomas Silberhorn, Parliamentary State Secretary at Germany’s Development Ministry (BMZ), announced further support totalling 420 million USD for InsuResilience at the Paris climate summit.

As Silberhorn had stressed at a Side Event in Paris on the 5th December, measures have to be taken in time to help people threatened with losing their livelihoods in the event of droughts or floods. With the increase in financing that has now been agreed on, a further 180 million people could be insured against climate risks. “With this additional funding, we have already achieved almost half of what the Initiative seeks to have accomplished by 2020 – insuring a further 400 million people in poor and endangered countries,” Silberhorn said in Paris.

The G7 Initiative on Climate Risk Insurance (InsuResilience) aims to increase access to direct or indirect insurance coverage against the impacts of climate change for up to 400 million of the most vulnerable people in developing countries by 2020.
According to recent estimates, only about 100 million people in developing countries and emerging economies are currently covered by climate risk insurance.

“InsuResilience” was adopted at the G7 Summit in Elmau/Germany in June 2015 and is to be implemented in close partnership between the G7 states, developing countries and emerging economies.

The overall objective of the initiative is to stimulate the creation of effective climate risk insurance markets and the smart use of insurance-related schemes for people and risk-prone assets in developing countries. While the initiative focuses primarily on insurance instruments, it is to be complemented with innovative and non-traditional approaches in order to reach the poor and most vulnerable.