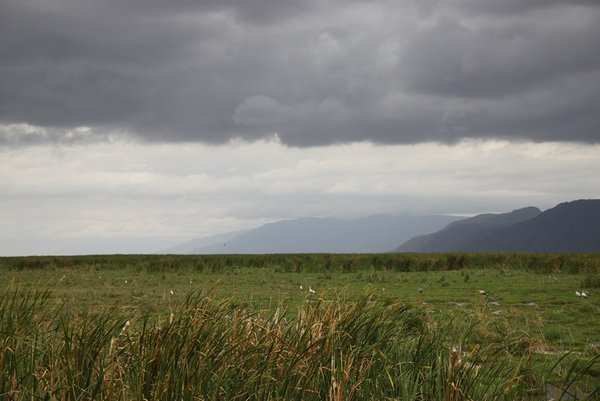 The German Federal Government is renewing its financial support for global environmental protection via the Global Environment Facility (GEF). At a conference in May, Secretary of State Norbert Barthle stressed the responsibility of the industrialised nations vis-à-vis the developing countries regarding global environmental protection and the conservation of natural resources.

Germany’s Federal Development Ministry (BMZ) has approved financing totalling 420 million euros for the Global Environment Facility (GEF) to support international environmental protection and natural resource conservation efforts during the period from 2018 to 2022. The money will be allocated to projects in areas such as international marine and forest conservation as well food security and climate-friendly urban development measures.

One of the priorities in financing will be supporting the poorest countries. Desertification, land degradation and the loss of biodiversity are hitting poorer countries in particular, since a major share of the population there rely on a subsistence economy and depend on an intact environment. Combatting climate change, environmental protection and conservation of natural resources therefore play an important role in poverty alleviation.

According to estimates by the Organisation for Economic Co-operation and Development, the money held in the coffers of pension, government and insurance funds roughly corresponds to the investment sum required to achieve the climate goal agreed by the international community – keeping global warming below two degrees. If these funds were to be invested in climate-friendly projects, the two-degree goal could be reached.

Innovate4Climate, a conference that was run jointly by the World Bank and the German Federal Development and Environment Ministries in Frankfurt am Main/Germany in late May, demonstrated ways to channel the global finance flows into climate-friendly investments.

“Developing countries have the chance to leapfrog the fossil fuel age,” Parliamentary State Secretary at the BMZ Norbert Barthle stressed, opening the conference. “As the main perpetrators of climate change, we industrialised countries have a responsibility to support the developing countries in their efforts towards this.” Barthle added that Germany was already one of the world’s biggest climate financers.

With the climate projects that the Federal Government launches world-wide each year, 240 million tonnes of carbon dioxide is saved, the BMZ states in a press release. This corresponds to more than a quarter of German carbon dioxide emissions or the emissions of 100 coal-fired power stations.

Founded in 1992, the Global Environment Facility (GEF) comprises more than 200 countries and organisations and is the financing tool for a range of environment agreements such as the United Nations Framework Convention on Climate Change or the Convention on Biological Diversity (CBD). Since its inception, the GEF has participated in financing 3,300 conservation areas – with a total area of 860 million hectares. GEF projects have prevented the emission of 2.7 billion tonnes of greenhouse gases.
(BMZ/wi)