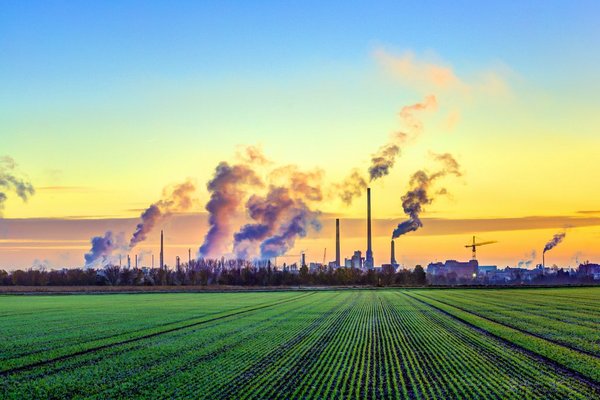 To get on track of the 1.5-degree target by 2030, the world would have to curb its climate gas emissions by 45 per cent in eight years.
Photo: ©Shutterstock/travelview

There is a large ambition and implementation gap in climate policy, experts say. The world is far from reaching the goal of limiting global heating to 1.5 degrees Celsius compared to pre-industrial levels by 2030.

Despite various new climate protection announcements, very little progress has been made with regard to the declared goal of limiting global heating to 1.5 degrees Celsius, according to the latest edition of the annual Emissions Gap Report, published by the UN Environment Programme (UNEP) in late October 2022. The implementation of all existing announcements would only limit global heating to 2.4C, while the plans already implemented in current policies are still only sufficient for 2.8C.

“The coronavirus dip did not last long; the provisional data for 2021 show a new record high," reports William Lamb, a researcher in the Mercator Research Institute on Global Commons and Climate Change (MCC) working group Applied Sustainability Science, and lead author of the Emissions Gap Report’s chapter on “Global Emission Trends”. Total CO2 emissions from fossil fuel combustion and from industrial processes, as well as emissions of CH4, N2O and F-gases, fell sharply in the wake of the pandemic lockdowns, but by 2021, at 52.8 gigatonnes of CO2 equivalent, they were already 0.26 gigatonnes higher than in 2019. “This rebound effect is evident across almost all sectors, with the major exception of aviation,” Lamb says. “However, passenger statistics suggest emissions will spike in this sector too.”

Regionally, the two-year comparison across the coronavirus dip varies considerably. China, by far the largest greenhouse gas producer, emitted 5.9 per cent more in 2021 than in 2019, while India, Russia, Brazil and Indonesia are also clearly up. In contrast, the USA and the EU have seen a decline of 6.7 and 4 per cent, respectively. Historically, however, these last two regions emitted the lion's share of CO2, namely 42 per cent, from 1850 to 2019. This compares to 13 per cent in China – and 0.5 per cent in the 46 “least developed countries” currently representing 880 million people. There are also large disparities within countries. The richest hundredth of the world's population in terms of consumption currently contributes 17 per cent of the greenhouse gas emissions to the climate crisis, whereas the entire poorer half of the world emits just 12 per cent.

“Overall, there has been some progress in the fight against global heating,” concludes MCC researcher Lamb. “After all, climate policy measures and technological change have at least slowed the growth of global greenhouse gas emissions, and some countries are past their peak. But after the coronavirus dip, we now urgently need a real global turnaround.” The UNEP report illustrates the urgency of taking action in this way: in order to get on the desired track of the 1.5-degree target by 2030, the world would have to curb its climate gas emissions by 45 per cent – in just eight years.