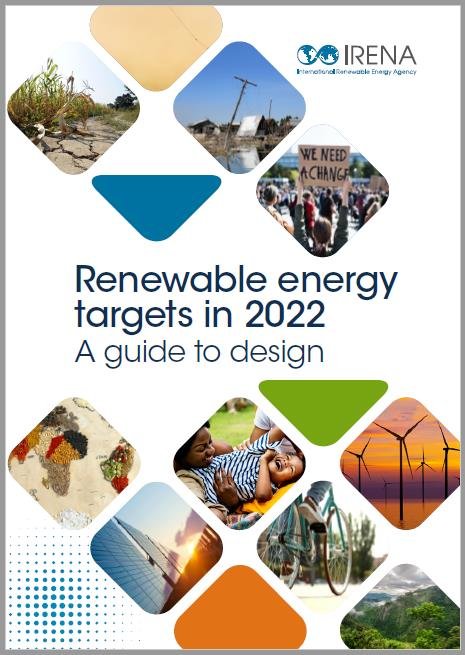 Pledges and targets for the energy transition are not ambitious enough, says a new report. At COP27, experts are calling on global leaders to bridge the renewables’ deployment gap.

A new report has warned the world of huge untapped renewable energy potential. The  publication, entitled Renewable Energy Targets in 2022: A guide to design, was released by the International Renewable Energy Agency (IRENA) at the UN Climate Change Conference (COP27) in November 2022. It assesses the level of renewable energy ambition in national climate pledges and benchmarks targets against the global climate goal of limiting temperature rise to 1.5°C. The report clearly shows the collective level of energy transition ambition to date is not enough despite the Glasgow Climate Pact to upgrade 2030 targets in national pledges.

Out of the 183 parties to the Paris Agreement with renewable energy components in their nationally determined contributions  (NDCs), only 143 have quantified targets. And the vast majority of these focus on the power sector. Only 12 countries have committed to a percentage of renewables in their overall energy mixes.

IRENA’s World Energy Transitions Outlook sees half the energy consumed in 2050 coming from electricity. 90 per cent of all decarbonisation will involve renewable energy through direct supply of low-cost power, efficiency, electrification, sustainable bioenergy and green hydrogen. However, achieving the 2050 climate target will depend on sufficient action by 2030.

In its new report, IRENA finds that countries are aiming to reach 5.4 terawatts (TW) of installed renewable power capacity by 2030. This is only half the 10.8 TW of installed capacity needed to keep within IRENA’s 1.5°C Scenario. To achieve net zero, the level of ambition of current renewable energy targets therefore needs doubling.

This is readily achievable, as the current targets lag behind recent deployment levels, IRENA’s report finds. To achieve the current targets for 2030, countries would need to add 2.3 TW of capacity – equivalent to average yearly additions of 259 gigawatts (GW) over the next nine years. This is below the actual installed capacity added in the past two years. In 2020 and 2021, despite the complications that resulted from the pandemic and consequent supply chain disruptions, the world added almost 261 GW each year.

Furthermore, renewable power targeted by 2030 remains concentrated in a few regions globally. Asia makes up half of the global targeted capacity, followed by Europe and North America. In comparison, the Middle East and North Africa account for only 3 per cent of global deployment targets for 2030, despite the region’s high potential. And sub-Saharan Africa accounts for just over 2 per cent of the global total for 2030.

The countries aiming at the highest level of deployment are all part of the G20, making up almost 90 per cent of the global aggregated target. Although they account for a small share of past renewable deployment, aggregated targets for least developed countries (LDCs) and small island developing states (SIDS) would double their current renewable capacity.