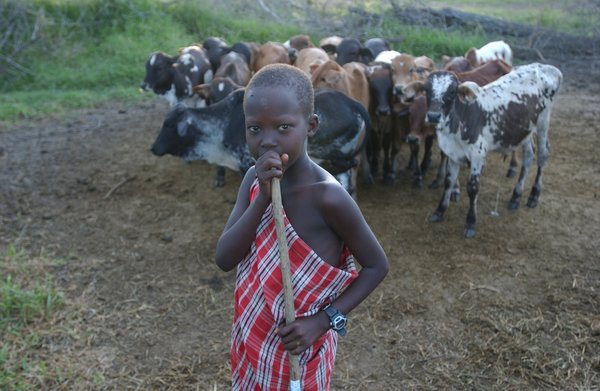 Child labour in agriculture is on the rise

The number of child labourers in agriculture world-wide has increased by more than ten per cent since 2012, driven in part by violent conflicts and disasters, according to FAO.

The number of children working in agriculture is growing, the Food and Agriculture Organization of the United Nations (FAO) warned in June 2018.  After years of steady decline, child labour in agriculture has started to rise again in recent years, driven in part by an increase in conflicts and climate-induced disasters.

More than 70 per cent of child labour world-wide takes place in agriculture. The number of child labourers in agriculture across the world has increased substantially from 98 million in 2012 to a present 108 million, after more than a decade of continuous decline, according to the latest estimates.

Nearly half of all child labour in the world now takes place in Africa, where every fifth child has to work. The continent’s total of 72 million child labourers, the vast majority of whom are in agriculture, is followed by Asia’s 62 million.

Prolonged conflicts and climate-related natural disasters forcing people to migrate have pushed hundreds of thousands of children into child labour, according to FAO. The incidence of child labour in countries affected by armed conflict is 77 per cent higher than the global average.

Households in Syrian refugee camps in Lebanon, for example, are prone to resorting to child labour to ensure the survival of their families. Child refugees perform a number of tasks, working in garlic processing and greenhouses for tomato production, and harvesting potatoes, figs and beans.

They are often exposed to multiple hazards and risks, including pesticides, poor field sanitation, high temperatures and fatigue from doing physically demanding work for long periods.

FAO stresses that child labour in agriculture is a global issue that is harming children, damaging the agricultural sector and perpetuating rural poverty. When children work in fields treated with pesticides, stay up all night on fishing boats or carry heavy loads, this can interfere with their social and physical development.

For instance, children forced to work long hours have a poorer chance of attending school and developing their skills. Later on in life, they can therefore reckon with little prospect of finding decent and productive employment, e.g. in a modernised agricultural sector.