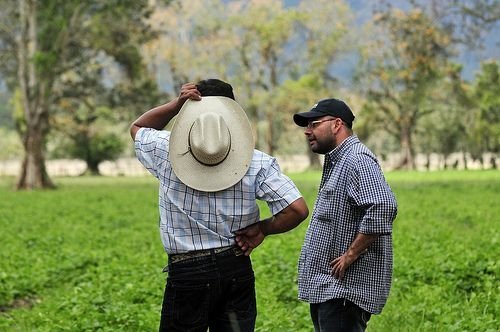 Early in 2011, the Institute for Rural Development Research (IfLS) at the University of Frankfurt/Germany examined structural features of various regional development approaches. Can success factors be derived from its survey that could be transferred to territorial development in the countries of the South? 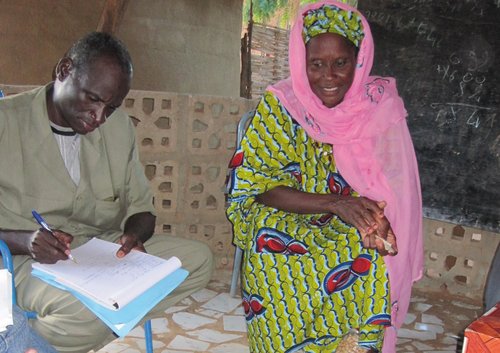 The role of the state

The interaction of top-down and bottom-up aspects also has to be regarded as a central success factor in the context of development co-operation. Regarding the top-down aspect, the state determines events, while the bottom-up method incorporates an impulse from society.
Top-down support for an efficient organisation of regional initiatives always suggests itself if the intensive moderation of development processes that has been enabled by external support offsets “self-management deficits”. This also applies to what are genuine tasks that the state is responsible for, and where the scope for action at local level is small, such as in health and school programmes.

The more decision-making powers are to be devolved, the higher the quality of the administrative and self-governing structures in the region has to be. What structures exist in the region? To what extent can the actors act self-sustainingly, transparently and self-responsibly?

The specific roles, responsibilities and fields of action of the development initiative have to be identified in the respective partner country. If this can be achieved, a wide range of inter-communal co-operation topics will be conceivable. Of course the socio-cultural state of the region plays a role here, too. Is there sufficient social capital in the region to implement the desired (regional development) processes?

A basic understanding of and the motivation for co-operative processes at regional level have to be given. In many partner countries, there are institutions such as local community authorities, co-operatives, producer associations and the private sector. Usually, however, they are only very loosely integrated in networks, and they do not always work efficiently. Often, people at local level are not aware of the potential that the principles of participation and decentralisation bear, so that better networking will frequently be difficult. However, it is precisely this networking that represents an important success factor in effective development co-operation. Therefore, incentives systems for more co-operation on a partnership basis have to be created.

In addition to the process of corresponding awareness-raising, the socio-cultural state of a region also implies the qualifications that the regional actors have achieved and their qualification standards. People are the key success factor, for all processes and the way that they are designed depend on individuals. The analysis of the constellation of actors, trust among the actors and the culture of co-operation provide the foundations for the organisational solutions at issue. Thus the regional culture creates conditions that need to be considered and integrated by the yet to be established organisational structure. It has to depend on the latter in what intensity and to what extent co-operation and bottom-up approaches (and therefore top-down measures, too) are expedient. A strongly developed community feeling among the regional actors has a supporting effect here.

One success factor on the way towards increased awareness-raising and participation is the specific information of key individuals about local development processes. This can be achieved via personal meetings and excursions. The key individuals have to be integrated via exchange with “related” bearers of offices and concrete contributions to the solution of problems. Programme elements promoting volunteer posts ought to be given special attention. Fast success and the engagement that it often encourages have to be taken advantage of. This engagement must not be stifled by programme-induced initiatives with an excess of bureaucracy, especially in the initial stage, which shapes the perception of regional actors. In addition to the integration of regional actors, the ability to delegate duties to the local actors plays a crucial role. The individuals responsible for regional management ought to regard it as a promoter that inspires activities in as many areas as possible, hands over responsibility for them to others and thus enables one’s own initiatives to bear fruit.

The goal has to be to involve civil society. This has been demonstrated by political events, such as those in Tunisia early in 2011. The involvement of civil society is needed in order to achieve stable development in the long term. Territorial development in rural regions is a complex approach that has to be adapted to the respective situation and that gains its attractiveness through its ability to generate structures. The organisational structures and solutions supporting this effect are, to a high degree, dependent on the regional conditions. Minimum standards such as a certain level of freedom in designing organisational structures have to be formulated depending on individual conditions.

An assessment of the efficiency of approaches always depends on the value added that is created by participation. For example, if the emphasis is on generating self-sustaining projects, the significance of tedious negotiating processes and the costs they cause will be different from what it would be if only a purely technical objective were being pursued. Ultimately, the form and extent of the participation sought depend on the field of action and the complexity of the projects.

Additionally, existing visions that have evolved in the region ought to be increasingly integrated in regional development activities in order to take advantage of endogenous potentials and opportunities. If there is a dominating view of a problem in a region, solution-oriented moderation activities have to be performed to turn pressure to act exerted by the problem into positive transformative energy.

“Result orientation” is increasingly in demand in development co-operation and requires results relating to globally defined development issues that can quickly be demonstrated. Against this background, given their long horizon, a lot of staying power is needed for a revival of explicitly territorial approaches that develop structures.
For further reading:  The GIZ publication “Europäisch.Ländlich.Gut? Die institutionelle Ausgestaltung räumlicher Entwicklungsansätze in Deutschland”.