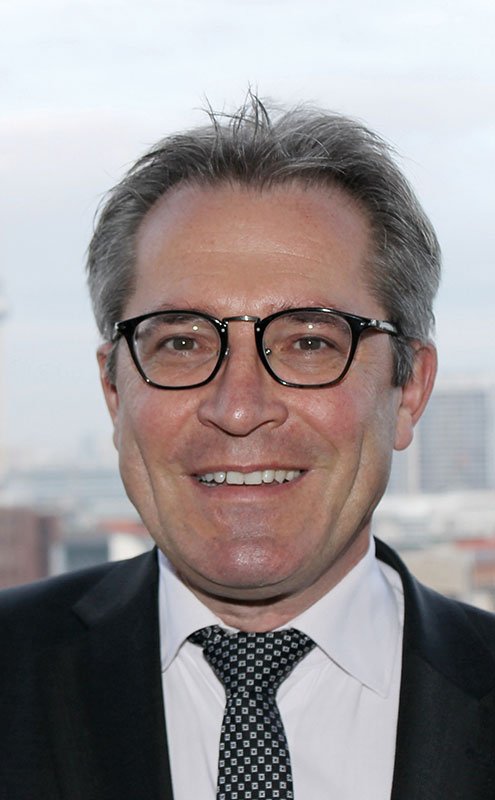 Towards a world without hunger: research points the way

A glance at the 2020 Global Hunger Index (GHI) might give us cause for hope: worldwide, the food situation is by no means as serious as it was 20 years ago. Malnutrition in children has fallen and agricultural productivity has increased significantly in many countries. And yet the number of undernourished people has been on the rise again since 2016 and has now reached close to 690 million. The majority of the world’s undernourished – 381 million – live in Asia. Around 250 million live in Africa, where the number of undernourished is growing faster than anywhere in the world. Some three billion people simply cannot afford a healthy diet. Armed conflicts, extreme weather events induced by climate change and the recent plague of locusts in East Africa are the main drivers of hunger and malnutrition. Then there are the challenges caused by the current pandemic, which is reversing much of the progress made, making it impossible to cultivate fields or harvest crops. Up to 130 million people are falling back into hunger and poverty as a result of coronavirus. Each day, 15,000 children die from hunger.

In response to the growing global challenges, the G7 leaders, at their 2015 summit in Elmau, pledged to lift 500 million people out of hunger and malnutrition by 2030. That amounts to 72 per cent of all undernourished people in 2019 and 60 per cent of all undernourished people in 2020 if COVID-19 projections are factored in. Also in 2015, the international community signed up to the 2030 Agenda, with its specific goal of ending hunger and malnutrition worldwide. Today, six years after the adoption of the 2030 Agenda and our G7 target, we need to recognise that we are not on track to achieve SDG 2 (zero hunger) by 2030. In fact, if the latest trends continue, the number of hungry could rise above 840 million by 2030.

As the world’s second largest donor to food security, we believe we have a responsibility to map the right course towards reversing this negative trend. With that aim in mind, the German Federal Ministry for Economic Cooperation and Development (BMZ) has commissioned leading scientists to find out what is the most effective package of measures to achieve SDG 2 – and what it would cost. This question is being addressed by a team of researchers from Cornell University, the International Food Policy Research Institute (IFPRI) and the International Institute for Sustainable Development (IISD) in Ceres2030 – Sustainable Solutions to End Hunger. Another study by the Center for Development Research (ZEF) at the University of Bonn, and FAO scientists looks at trends since 2015 and the incremental costs of specific interventions.

The studies reveal a clear upward trend in investment in food security and agriculture. The G7 countries alone more than doubled their spending between 2000 and 2018 to around 17 billion US dollars (USD), with the funds mainly benefiting countries with particularly high rates of undernourishment. But at the same time, the challenges have become larger and more complex, so we need to step up our engagement. According to the studies, the developed countries could spend an additional 14 billion USD a year between now and 2030, roughly double their current level of expenditure, in order to fund the required level of investment. But action is required from the developing countries as well: they need to prioritise the agri-food sector and make a comparable level of investment. Once these sums are available, it will be possible to lift 500 million people out of hunger, double the incomes of small-scale farmers and build climate-resilient agriculture by 2030.

The first step is to prioritise cost-effective interventions that boost food security for a relatively large number of people, such as measures to increase the efficiency of agricultural research and development, expand agricultural extension, boost investment in ICT, particularly agricultural information services, promote small-scale irrigation schemes in Africa and improve education provision, especially for women.

What we need to do

The researchers are largely in agreement on how this should be done as well. It is not about prioritising individual measures but about identifying the right mix to achieve SDG 2 and its targets. The Ceres2030 team approached this task by using specially developed artificial intelligence to conduct a comprehensive analysis of scientific studies and evaluated more than 25,000 articles from 3,500 journals and relevant databases (including FAO, CGIAR and World Bank). The recommended measures fall into three categories:

As the studies show, we are heading in the right direction. A world without hunger is possible. With consistent implementation of the recommendations, the international community can still achieve its targets. The BMZ remains firmly committed to this sector – through our projects, for which we already provide around 1.7 billion euros per year, and as an international agenda setter. As an example, we plan to use the UN Food Systems Summit in 2021 as an opportunity to continue our lobbying for the transformation of food systems and to work collaboratively on multisectoral solutions. The message is clear: we need to act now. Not only will a delay have dramatic impacts on living conditions in our partner countries; the longer we wait, the higher the costs of achieving a world without hunger will be.

Gunther Beger wrote his article in his role as Head of the Global Health, Economics, Trade and  Rural Development Department at the Federal Ministry for Economic Cooperation and Development (BMZ). Since February 2021, he has been German Executive Director of the World Bank.