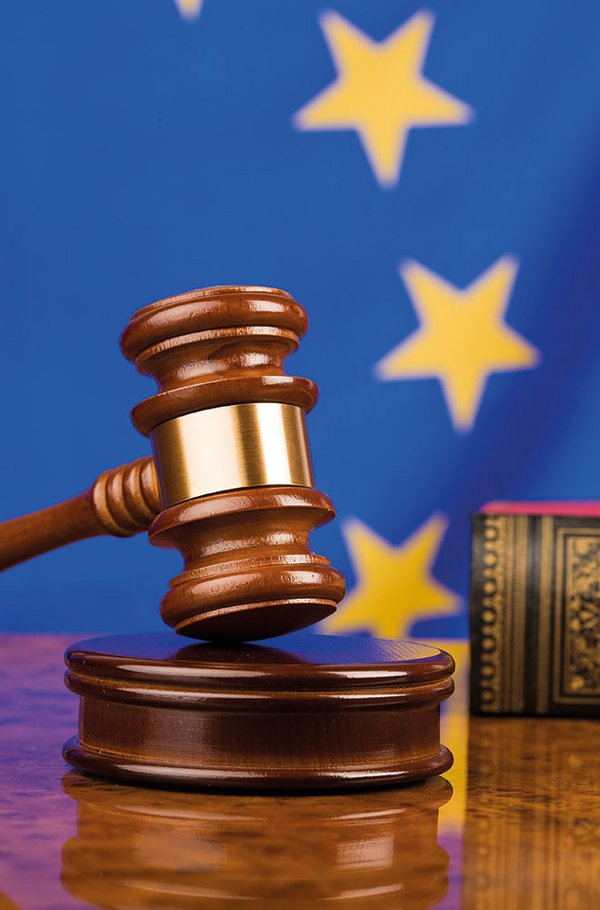 Not binding, but setting an example. Many African countries adopt the EU view when it comes to plant breeding. This could also apply to the recent CJEU judgement on NPBTs.
Photo: Bilderbox.com

New plant breeding technologies (NPBTs) allow biotic and abiotic problems in crop production to be addressed much faster and more precisely than conventional ones. Legal regulations governing the use of technologies vary from country to country. Above all the latest ruling by the European Court of Justice has sparked debate. Our authors look at the implications that the decision taken by the European Union could have for African agriculture and call on African policy-makers not to reject certain strategies and technologies out of hand.

A debate has emerged about the proper regulation of New Plant Breeding Technologies (NPBTs) such as genome editing. A recent judgement of the Court of Justice of the European Union (CJEU) stipulated that, for the EU market, many of the NPBTs need to follow the provisions applicable to genetically modified organisms (GMOs). In its decision, the Court interpreted EU law in a conservative way, based on the scientific information provided to the Court during the proceedings. It interpreted the existing exemption for organisms obtained by mutagenesis restrictively, exempting only techniques that “have conventionally been used in a number of applications and have a long safety record”. This interpretation pulled many NPBTs such as CRISPR/Cas within the ambit of the GMO law. The decision by the CJEU has been criticised by many, most notably the scientific community and the plant breeding sector. Contrary to what is sometimes assumed, the decision does not imply a total ban of such novel techniques in the EU market. Rather, it imposes, inter alia, an authorisation requirement. Yet, crops that fall under the GMO regulation face increasing costs because an approval procedure has to be followed. Consequently, there are many calls for adjusting the EU legislation to new developments in plant breeding.

The judgement has implications not only for plant breeding and farmers in the EU, but also for imports of agricultural commodities and food products into the EU. Most imported agricultural commodities and food products derived from crops within the scope of EU GMO legislation need approval for import and processing and require labelling. This results in additional costs for those companies that export into the EU. But labelling will also be a challenge for another reason. Many of the applications of NPBTs cannot be distinguished from natural mutation in the final product. The products derived from NPBTs have the characteristic of what economists call a "credence" good, which means that the characteristic of the product cannot be identified by simple visual inspection, just like with food produced under organic labels. As a consequence, tracking and tracing systems similar to what we observe in the market for organic food products could be implemented. And this could further increase the costs and results in problems known from tracking and tracing of organic food products.

These implications do not necessarily directly result in negative effects for Africa. African countries do not need to follow the decision of the CJEU or the EU regulatory framework for GMOs for their own markets. If their national legal system allows them to, African countries can use NPBTs for improving the crops they cultivate. Issues may arise related to trading crops and derived products with EU markets. The more important effect will be indirect. Many African countries follow the view of the EU when it comes to plant breeding, and they might be reluctant to approve the use of NPBTs. Within Africa, the legal status of NPBTs may differ by country and cause trade disruptions within Africa as well as in relationships with the EU and countries in other regions.

At this point in time, as the use of the NPBTs for African crops is still under development, it is difficult to predict how countries will respond, but previous experiences with transgenic crops provide some insights. So far, according to the International Service for the Acquisition of Agri-biotech Applications (ISAAA), only transgenic cotton (Burkina Faso, Ethiopia, Nigeria, South Africa, Sudan, Swaziland), maize (Egypt, South Africa), soybean (South Africa) and cow pea (Nigeria) have received approval for cultivation in Africa. Kenya, e.g., has not approved the cultivation of Bt maize – maize that bears the Bt protein, which makes it resistant to infestation with nematodes such as the corn borer – for more than twenty years, the process having got stuck in bureaucracy, and Uganda has still not given its approval to the cultivation of transgenic banana after ten years. Both are important staple crops in the respective countries.

A threat to research on African crops?

The larger problem is the potential lack of interest caused by regulatory uncertainty in African countries and the EU. The EU judgement increases legal uncertainty as the direct implications and possible changes in EU regulation are under debate. African countries send a number of mixed signals about their intentions to introduce reliable approval systems, and all the more about final approval, as illustrated by the long debates about the approval of Bt maize in Kenya and disease resistant banana in Uganda. Both lower economic interest among plant breeders and the approval systems and related uncertainties reduce the returns to investment in plant breeding from a social welfare point of view. Recently, the Nagoya Protocol (see Box) has increased the regulatory uncertainty further as many aspects related to access and benefit sharing are not solved. Out of the 54 African signatory countries to the protocol, at this point in time, only 17 have identified national competent authorities for handling Nagoya protocol-related issues and only two, Kenya and Cameroon, have identified procedures to follow according to the Access and Benefit-sharing Clearing House (ABSCH). The cases of transgenic maize for Kenya and transgenic banana for Uganda serve as examples from the application of transgenic methods.

The Nagoya Protocol – or, as it is known in full, the Nagoya Protocol on Access to Genetic Resources and the Fair and Equitable Sharing of Benefits Arising from their Utilization to the Convention on Biological Diversity – was adopted in the city of Nagoya, Japan. It is a supplementary agreement to the 1992 Convention on Biological Diversity (CBD) and aims at sharing the benefits from the utilisation of genetic resources in a fair and equitable way. Ratified by 114 parties, which include 113 UN member states and the European Union, it entered into force on the 12th October 2014.

The above-mentioned indirect implications for Africa are expected to be substantial. Challenges posed by climate change such as changes in pest and disease problems or abiotic stress (e.g. droughts, soil salinity) require responses where NPBTs can help as they are cheaper, more precise and much faster in providing improved plants than conventional breeding techniques. Examples include maize and cow peas resistant to corn borers and other pests. One illustrative example is the outbreak of the fall armyworm in sub-Saharan Africa (SSA) two years ago. The fall armyworm is a sub-species introduced from South America and not endemic to SSA. Farmers were facing losses of up to 100 per cent in maize production. Recommended solutions included the heavy use of insecticides. Pest resistant Bt maize provides protection against the fall armyworm, but African countries are reluctant to approve the technology. While the Bt maize is a transgenic variety, similar resistance could also be developed by using NPBTs.

Many advantages for small-scale farmers

The experiences of Bt maize cultivation within South Africa illustrate that not only larger farmers have an interest in the technology but smaller farmers do as well. In particular, smaller and poorer farmers are expected to benefit more from the technology than larger and/or wealthier farmers. The technology is embodied in the seeds and provides access ­independent of farm size. Further, pest resistant seeds result in larger yield increases among farmers without the resources to purchase pesticides or other pest-control products. A third advantage is the low level of knowledge intensity required. Experiences from cotton in Asia show a rapid adoption of the technology once it becomes available. Another advantage is its contribution to the empowerment of female household labour. The use of total herbicides (none-selective herbicides) has substantially increased among smallholder farmers, reducing burdensome hand-weeding. The benefits of using total herbicides can be further increased by introducing herbicide resistant crops. However, it has to be borne in mind that potential problems related to herbicide resistance may emerge and deserve attention.

Pest and herbicide resistant crops are just two examples of technologies that are more or less available and can be adopted to local crops using NPBTs. What is important to consider is that the combination of damage-reducing technologies needs to go hand in hand with nutrient improvements. Higher yields demand higher amounts of nutrients – an aspect that needs to be considered when implementing the technology, especially with regard to smallholder conditions.

NPBTs are not only reckoned to provide strategies for addressing biotic and abiotic problems in plant production. They can also be used as a tool for biofortification with the expectation of substantial health benefits such as Vitamin A-enriched rice.

Above all an institutional and political problem

NPBTs are only one among many possible solutions to address problems in plant production and micro-nutrient deficiency. A number of other strategies exist as well, such as improved cultivation practices including fertiliser use. From an ex-ante perspective, it is difficult to identify what will be the best solution for farmer A in region B. The individual circumstances differ widely. What the experiences until now tell us is that addressing crop production problems is less of a technical problem. Many possible solutions exist. In Africa, addressing crop production problems is an institutional and political problem. And as long as these kinds of problems are not solved, having technical solutions is fine, but they will hardly reach farmers, or if they do, only those preferred by policy-makers and others involved in the decision-making processes.

Excluding one possible strategy and NPBTs in particular reduces the potential for effectively addressing important problems. African policy-makers should not discriminate against one or the other strategy and keep options alive to save lives.

Kai Purnhagen is associate professor in law and governance at Wageningen University, The Netherlands.
Contact: kai.purnhagen@wur.nl

Justus Wesseler is full professor and head of the agricultural economics and rural policy group at Wageningen University, The Netherlands.
Contact: justus.wesseler@wur.nl

Wesseler et al. (2015). Overview of the agricultural inputs sector in the EU