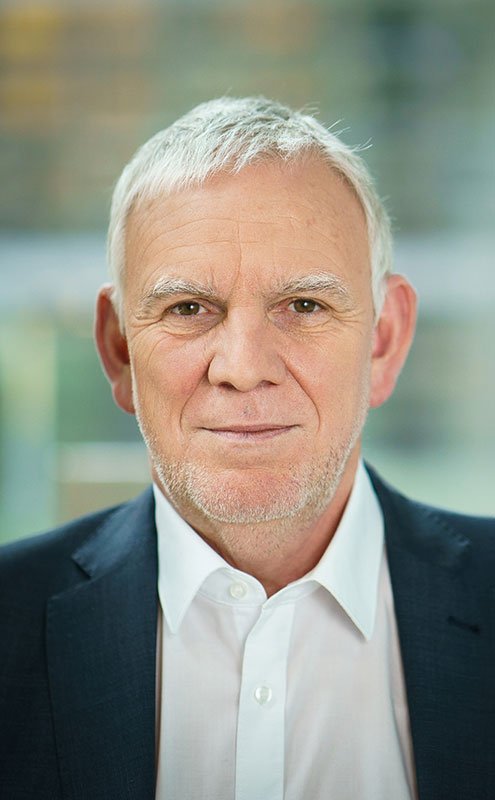 "Preserving and restoring fertile soils is a global responsibility"

Healthy, productive soils are a prerequisite for global food security – one of the priorities of German development cooperation. State Secretary Jochen Flasbarth on Germany’s efforts to support sustainable land management, the results of UNCCD COP 15 and why the Voluntary Guidelines on the Responsible Governance of Tenure of Land are more important than ever today.

Mr Flasbarth, climate and environmental politics has been a focal aspect of your entire career. Do you have the impression that the perspective of the role which soils and sustainable land use play in these closely linked policy areas has changed in the course of time?

Flasbarth: It is perhaps not so much the way we view their role that has changed, but rather that the individual Rio Conventions have become more inclusive and integrative. The United Nations Convention to Combat Desertification is the only binding agreement on sustainable land management. So it needs to have an equal role in the interaction with its sister conventions on climate change and biodiversity. The UNCCD unites environmental and development agendas through a common denominator: sustainable land management for the benefit of all. None of the climate and biodiversity targets will be achieved without sustainable land management. Land and soil are the central foundation for food, development and prosperity.

Preserving and restoring fertile soils is also a global responsibility. Today, almost everywhere on the planet, land is becoming a scarce commodity, and competition for it is creating source of conflicts. Land degradation causes immense costs for our society and for future generations that we can ill afford. With Sustainable Development Goal 15, the international community and the UNCCD  want to work explicitly towards halting the global loss of healthy land by 2030. That brings us full circle to the other conventions.

So soils are receiving the attention they deserve in today’s international politics?

Flasbarth: Soil-based production accounts for over 95 per cent of our food – making it crucial to providing food for a growing world population. At the same time, a third of the world’s land area is already significantly degraded. This directly affects 3.2 billion people, especially rural communities, small farmers and the very poor. Awareness of this nexus is growing, but action must quickly follow. We need binding agreements, and above all, a commitment to create enabling conditions for sustainable and efficient farming.

What is Germany doing to achieve this?

Flasbarth: For more than ten years, Germany has been supporting awareness-raising among decision-makers through the Economics of Land Degradation Initiative, which provides the economic arguments for harmonising national agricultural and environmental agendas. And through the partnership Group on Earth Observations, Germany helps support governments in identifying land degradation and making decisions for inclusive land use planning. German development policy priorities are guided by three core concerns: First, crisis management, especially combating climate change and beating the Covid-19 pandemic, and tackling their consequences.

Second, fighting the crisis of hunger and poverty. If soils get degraded and fertile land is lost, people also lose their livelihoods. Leaving no-one behind means investing in sustainable agriculture which protects the land, feeds more people, provides jobs and is resilient to the growing number of adverse weather conditions. This involves promoting healthy soils and functioning ecosystems as an important development policy approach.

The third concern is promoting a feminist development policy, in which gender justice is a strong lever for land degradation neutrality. Secure access to land is a source of women’s empowerment, and secure land tenure rights create incentives for better long-term land management.

How is Germany influencing the international agenda in this area?

Flasbarth: Germany is one of the UNCCD’s strongest supporters – not only as a strategic partner, major contributor and host of the UNCCD Secretariat in Bonn, but also through a strong portfolio of UNCCD implementation activities aimed at achieving land degradation neutrality. The UNCCD is often spoken of as a desert convention. However, it is about much more than deserts. It is in fact a convention on sustainable land management, and it is about protecting the state of our soils and ecosystems world-wide, including in Germany. And as part of its G7 presidency, Germany is currently forging a new global alliance for food security in which soil protection and rehabilitation also play an important role.

And at project level?

Flasbarth: We are currently engaged in more than 200 projects with our partner countries and we are working, for example, with communities in Africa to help them protect their land from erosion and preserve soil fertility. With our projects, we are promoting sustainable land use in many countries through very practical measures: erosion control, planting trees, using compost and other means to improve the soil, and also creating better enabling environments for sustainable land management. Through the “One World – No Hunger” initiative, more than half a million hectares of land have been rehabilitated in six African countries and in India, and one million people have benefited from yields increasing by an average of 40 per cent and from rising incomes. Even more importantly, seeing that degradation can be reversed convinces farmers and local and national decision-makers to work together to generate more food and income for a better future.

At UNCCD COP 15, 38 resolutions were adopted on the future of land use. What are the most important ones, in your opinion?

Flasbarth: Sustainable land management and the restoration of degraded land are the main answers to the triple crisis of climate change, biodiversity loss and land degradation, as land is at the heart of achieving many of the SDGs – and the conference responded to this. For me, three aspects are central here. First, acknowledging that secure land tenure rights are the basis for sustainable land management. Second, exploiting synergies, i.e. bringing together what belongs together. International agreements on climate change, biodiversity, wetland protection and disaster risk reduction all stress sustainable land management and ecosystem restoration and conservation. Their implementation requires coordination in the countries concerned, but also better international anchoring. When talking about efficient implementation in this context, for example reducing institutional barriers and disincentives, we cannot ignore joint planning, implementation and monitoring.

The third central aspect is the awareness that sustainable land management makes agriculture more resilient to drought. Germany is committed to internationally coordinated and proactive drought risk management with the framework of the UNCCD. This means coordinating with partners on action at all levels to ensure that healthy soils and ecosystems work for mitigation and adaptation to climate change. Furthermore, progress towards more sustainable land management requires the involvement of civil society organisations. They have been strengthened by the COP.

So you are satisfied with the outcome of COP 15?

Flasbarth: We have made important progress on the question of how to make agriculture sustainable worldwide in order to tackle the food crisis, climate change and biodiversity conservation. There is certainly always room for more ambition, but everything must be done by consensus in the UN arena. A lot of coordination work is required at the negotiating table with almost 200 parties involved under the Rio Conventions, all of which have different structures and do not always share ideas. But for the first time we have managed to anchor the concept of Nature-based solutions in the negotiation process, laying the foundation for future biodiversity negotiations. The ball is now in the court of the Biodiversity Convention, and it is up to the individual signatory states to implement the decisions.  We in Germany must also become much more sustainable, as we are not only one of the drivers of climate change but have also suffered from its consequences in recent years.

This year, the Voluntary Guidelines on the Responsible Governance of Tenure of Land are celebrating their tenth anniversary. Are they a success story?

Flasbarth: Yes, the VGGT are a success story, and Germany supports their implementation under the UNCCD. Secure land rights are the basis for healthy soils. Farmers will only invest in land if they have legal security. Only when parties take legitimate land tenure rights into account and resolve land use conflicts is land degradation neutrality possible, effective and profitable for those concerned, such as smallholder farmers. There can be no land degradation neutrality without secure land tenure. It is worth noting that the Guidelines came into being in the context of the food crisis in 2008 in response to ever more widespread land grabbing. The Committee on World Food Security has followed up on them, and in the current crisis, they are more relevant than ever. That is why I consider it a great step forward that the Guidelines have now been included in the UNCCD decisions for achieving land degradation neutrality.

With Russia’s invasion of Ukraine and fears of a new food crisis, the discussion over conflicting aims in land use is set to gain momentum again. Is this going to affect BMZ policies addressing land use issues?

Flasbarth: More than 600 million people world-wide are suffering from hunger. The Russian war against Ukraine and the Covid-19 pandemic, which has been with us for over two years, are exacerbating the situation. Food and fertiliser prices are not just rising, they have doubled and tripled, posing a threat to food security in many countries, as people cannot afford agricultural inputs or the food available on the market. If this trend is not halted, the world will be heading for an unprecedented food crisis. This is alarming, so we must act.

Through German development cooperation, smallholder farmers are receiving support for the production of organic fertiliser and for applying other soil-improving practices in agriculture that require fewer inputs from the outside. There are convincing examples of this in Kenya and Ethiopia. As all experience shows, healthy soils enable fertilisers to be used with greater efficiency, thus reducing the costs for farmers and to the environment. More than that, sustainable land management is active crisis prevention, as it improves soil fertility and crop yields, thereby increasing resilience and food sovereignty.

Many of the approaches are not new, but they are now showing their full potential in the crisis. The decisive factor continues to be the framework. This includes removing legal and structural obstacles to sustainable land use and creating positive incentives, for example through land tenure rights, market access, financing or co-determination – especially for vulnerable groups whose livelihoods depend directly on agriculture.

The challenges of population growth, declining biodiversity and ecosystem services, and climate change require a fundamental rethinking of our current food systems. To achieve this, we are advocating for an end to using land for agrofuels, and for more transparency and sustainability in global supply chains, and we are raising awareness about consumption patterns, as high meat consumption, for example, puts a strain on the land, above all because of global feed production. This way, consumers can consciously make sustainable purchasing decisions that also bring benefits for the soil and for the livelihoods of farmers around the world.