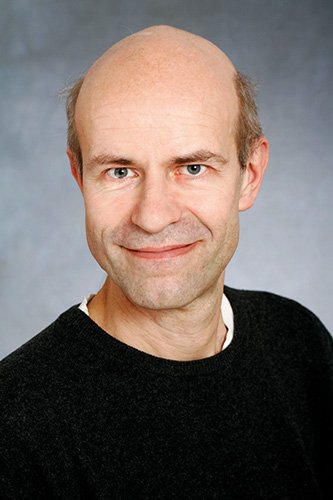 Nature as a commodity, or: Does nature have a value?

Is it right to attach financial values to nature and to incorporate that valuation into the post-2015 agenda? Will such valuation help to protect species diversity and ecosystems? Or does it not rather harbour the risk that we cheerfully go on destroying nature since other aspects of the national accounts can be seen as compensation? Civil society is split on this issue. Our author points out why.

If we take the sustainability targets of the planned post-2015 agenda seriously and think of them as more than a series of isolated and unconnected objectives, the logical consequence is that we need to change our understanding of development accordingly: in place of the economy of overexploitation, which enthusiastically consumes natural resources – “natural capital” – as quickly as possible in the name of “economic growth”, we need to move towards a sustainable economy which conserves “natural capital” instead of consuming it. Governments are reluctant to take such decisions, except perhaps when they have no intention of following through on the consequences. Therefore it is to be welcomed in principle that the report of the Open Working Group on the post-2015 development agenda (point 15.9) reinforces the Aichi target of the Biodiversity Convention: by 2020, integrate ecosystems and biodiversity values into national and local planning, development processes and poverty reduction strategies, and accounts.

The “Report of the Intergovernmental Committee of Experts on Sustainable Development Financing”, which deals with the financing of the planned post-2015 agenda, states the point more clearly still: “Environmental accounting, which incorporates environmentally relevant financial flows and accounts on the use of natural resources, is another mechanism that can help policymakers internalise externalities. GDP is a crucial measure that governments use to assess the economic performance of countries, but by not incorporating natural capital, it can lead governments to ignore an inefficient allocation of investment. The System of Environmental-Economic Accounting (SEEA) could facilitate greater public investment in sustainable development.” (UN 2014: 77)

So the magic phrase “internalising external costs” is mentioned in this text, and rightly so. Internalisation of externalities is an age-old demand of the environmental movement and is important as a means of addressing the past policy of overexploitation. In order to justify labelling it as a policy of overexploitation, we need to be able to quantify – i.e. calculate – these external costs, or at least make the attempt. If that leads to a more multifaceted concept of development and to an understanding that some development is destructive development, that is certainly a good thing.

Nevertheless this approach is very contentious in the public sphere and among non-governmental organisations. Inspired by the findings of the studies by the former World Bank Chief Economist, Nicholas Stern, that climate change is more expensive than its mitigation, an international team of researchers led by the Deutsche Bank Manager, Pavan Sukhdev, presented the study “The Economics of Ecosystems and Biodiversity” (TEEB), aimed at making the economic value of ecosystems services and biodiversity measurable so as to better protect them from destruction and exploitation.

The idea was to use these studies by renowned bankers to impress upon resistant politicians that climate change mitigation, biodiversity conservation and environmental protection are not cost factors; on the contrary, they make economic sense. But has this approach really worked? Previously the vast majority of governments lacked the political will to make development sustainable. Has anything substantial changed in the meantime? I see no sign of it. Have politicians, in fact, ever taken their lead from the actual economic payoff of their policy in the national accounts? If that were the case, then we would never have started subsidising German coal mining or agro-industrial structures; we would long have stopped building new motorways or largely unused regional airports in Germany. To confirm this we only need to read the reports of the audit offices. In political reality, however, the economic pointlessness of a policy has never been a good enough reason to change it.

Decision-makers will still make decisions to the detriment of ecosystems even with full knowledge of the value.  How often have decisions been made in the past to destroy natural capital, even though the implications were perfectly clear? If the worst comes to the worst, calculation methods are simply manipulated. There is no need to go to Congo or Brazil for evidence of that. If we take a look at Germany’s “Federal Transport Infrastructure Plans”, which are the federal trunk road plans passed by the Bundestag, we very soon realise that for decades, hair-raising calculation methods have been used to argue for the economic utility of road projects, although any halfway clear-thinking person can immediately see the manipulations that are going on.

For that reason I am not so sure whether WWF is right when it says: “A key reason why biodiversity loss and ecosystem degradation is escalating is that the value of their services is largely invisible to decision-makers in business and government. We need to calculate the value of natural capital because we cannot manage what is not measured.” (WWF, 2014)

The other side of the coin

The attempt to assign an economic value to nature is also much criticised. If as a simultaneous consequence of an economic valuation of nature a price is set for the use or destruction of nature, thereby integrating the usage rights into the market, one has already succumbed to an ethically dubious logic, according to many critics. Nature is a public good. By subjecting it to economic valuation, however, property and usage rights are implicitly assigned. Far from being shielded from the logic of markets and utilisation, nature is actively subsumed into this logic by such approaches.

The critics are right to some extent: of course, there are certain approaches which crudely consider nature as no more than a monetised production factor – essentially with the intention of carrying on as usual for as long as possible while somehow internalising or managing the limiting constraints of the Earth’s ecosystem – but without thought of accepting the limits to growth. Naturally there are also attempts to bring neoliberal market ideology into nature conservation and environmental protection, with rather disappointing results in the meantime. For evidence we only need look at emissions trading and related instruments like REDD (Reducing Emissions from Deforestation and Forest Degradation), which even after 15 years in operation have still not prevented or saved a single ton of CO2. Instead they have pumped vast amounts of additional tons of CO2 into the air because these ineffective market instruments blocked effective political solutions. It is no coincidence that industry and politics sing the praises of ineffective emissions trading but are phasing out the German Renewable Energy Act, for example, precisely because it has done far more to mitigate climate change and cut down on fossil fuels.

But not all advocates of such instruments have the same intention as the Federation of German Industries (BDI). WWF says: Ecosystem accounting is a tool that can significantly help to make better decisions on natural capital. I think that is true. Theoretically at least. In the end, though, it depends on the people making these decisions. It is not as if they don’t know how to protect nature. They just don’t want to.

Is the national economy sufficient as a yardstick?

Therefore I am not so sure what we ultimately stand to gain from an “alternative measure of welfare”. Perhaps the credence we give to indexes is one of our problems. From gross national product (GNP) to the Human Development Index (HDI) or even the Gross National Happiness (GNH) index or others, in the end is it not all just a subjective selection of data, which is used to create an aura of objectivity that does not really exist?

Perhaps life is simply too multifaceted to pack everything into one index. I don’t know whether such indexes are really needed for better policy, or whether this credence in indexes is actually part of the problem. As to whether it is worth slaving away critically to improve these indices – that I find even more questionable. We did not fight nuclear power and genetic engineering by means of indexes, but by good campaigning and by mobilising people who thought that intact natural systems and their own health were more important than the DAX, the GNP or the profits of faceless corporations. The environmental movement succeeded because people were defending what they cared about. Not because they corrected the cost-benefit calculations, but because they were fiercely determined to stop the project, however useful it might have been economically. They were convinced of their particular interest, and quite rightly, just as the opposing side was convinced of its particular interests. And that is why they won. They wanted to save their country and not sacrifice it for the profits of others; when it came to the crunch, not even for the supposed good of the national economy. I agree with them.

But if some new index should help to shatter the ideology of GNP growth, I would have no objection. The question, then, is whether it boosts the power of the environmentalists if the value of ecosystem services is incorporated into political decisions, and if so, how. This question can be answered globally and locally.

On the global level, there are certainly many countries where even just some first, tentative steps in the direction of broader-based economic planning processes will be very worthwhile. The post-2015 agenda can contribute to this, and I think it will help our colleagues in these countries, who are not unusually branded as “opponents of development” when they defend their environment. Using the post-2015 agenda they can do something; they can more effectively question the economic assertions of their governments.

The same applies in Europe. The EU Commission once calculated that non-implementation of European environmental policy was costing around EUR 50 billion a year. This is a little-known fact, which is definitively worth using to strengthen arguments whenever voices begin to clamour once again for environmental deregulation in order to stimulate more growth. What does the failed European agricultural policy cost the community every year? I don’t know, either. But whenever we want to make changes to it, the agricultural lobby immediately complains about the costs of those changes, as if they were costs to the community.

Even if our commitment is motivated by our desire to protect nature for the sake of its intrinsic value, and we would protect it even if natural capital had zero economic value: many disputes might have different outcomes if the environmental movement could demonstrate the economic irrationality of projects like the English-French Channel Tunnel between Dover and Calais or the JadeWeserPort on Germany’s North Sea coast – where an average of just one ship per week ever docks – and do so in such a way that unquestioned arguments about growth and jobs no longer have such traction over public opinion.

As so often, in the debate about the “value of nature” what matters is how this debate is conducted, who defines it, and who dominates it when it comes to political altercations. Precisely this ambivalence stands in the way of a clear answer to the question asked at the outset.

References and sources for further reading
United Nations (2014): Report of the Intergovernmental Committee of Experts on Sustainable Development Financing (Draft).