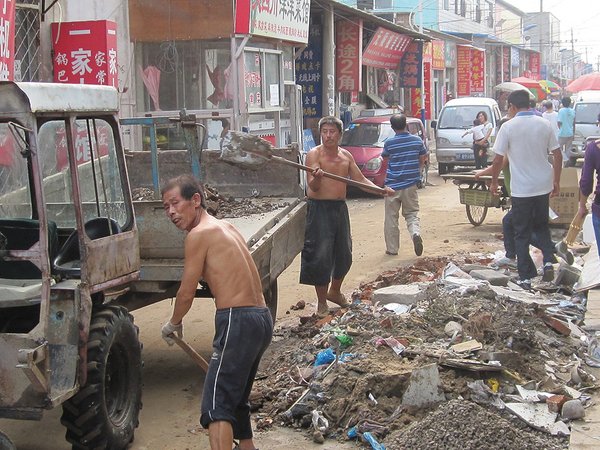 Multi-locality – migrants shape the future of their places of origin

An increasing number of migrants in the Global South live in so-called “multi-locational household arrangements”. They combine the opportunities offered by two places, often a rural and an urban one. Their livelihood practices can have positive effects on the villages of origin.

In recent years, many international organisations have adopted a more positive attitude towards migration. A case in point is the World Migration Report 2015 published by the International Organisation for Migration (IOM), which states in its introductory chapter: “Moving to cities can greatly enhance people’s well-being. It offers an escape from the impact of the hazards of a fragile rural livelihood, and an access to diverse employment opportunities and better health and education, all of which have the potential to reduce the poverty of the people moving as well as those who stay behind.” Especially in Africa, rural-urban migration continues at an unprecedented pace, but there is also evidence of rural out-migration in many Asian countries. There is an increasing diversity in migration trends in the Global South, a fact that has also been acknowledged by the World Migration Report. A large proportion, possibly the majority of all migrants (which is difficult to prove, because reliable statistics are scanty), are non-permanent, sometimes “semi-permanent”, migrants. Especially those who are engaged in precarious informal income-earning activities in their destination areas, tend to return at regular intervals to their home areas (“seasonal migration”). Others are circular migrants, who return to their home villages at less regular intervals. And there is a wide variety of different directions: from rural to urban, from a small town to the capital city, and some also using their move to the city as a departure point for international migration.

For the last 15 years, many researchers of different disciplines have pointed to the growing importance of non-permanent migration, and in this context the concepts of multi-locality and the “multi-locational household” have emerged. Most migrants in the Global South do not cut their links with their place of origin. On the contrary, they remain part of their rural household, and they consciously take advantage of livelihood opportunities in two or more locations. This has been characterised as a risk-minimising strategy. In Africa, and in some parts of Monsoon Asia, it is still common for migrants who have established a first foothold in the city to return to their home village during peak periods in the agricultural cycle to help with the farm work (e.g. transplanting of rice or harvesting). Sending remittances back to the village, either regularly or during lean periods, is equally common.

Numerous studies in many different parts of the Global South, e.g. in South Africa, Namibia, Ghana, Senegal, India, Bangladesh, China, but also in countries of the former Soviet Union, have established the intricate network of reciprocal economic links within such multi-locational households.

Obviously, not all newly migrated residents of the big cities live in multi-locational household constellations. Although this appears to be a minority, some migrants prefer to fend entirely for themselves and to shed all family obligations. Therefore it is important to have a clear-cut definition of the multi-locational household. A definition which my colleague Peter Franke and I coined in the course of a research project on migrants in China reads: “A household is made up of members from the same family or kin pooling their economic resources and planning together the expenses for the purpose of reproduction of all household members, but the members may well live in two or more spatially split locations.” According to this definition, economic necessity is the main reason for engaging in multi-locational household practices. This may refer to earning money for daily necessities for the upkeep of all household members in both places, but it may also refer to more long-term planning, like the education of the children.

Definitely, globalisation and modern communication and transportation technologies have given a boost to multi-locality, it has become so much easier to keep in touch with the family members back home, and better roads make the trips to the home village less cumbersome. Multi-locality has become a common way of life in our globalised world. But the phenomenon itself is not entirely new. When I lived in Ghana in the 1980s, there were no asphalt roads linking the northern regions to the south, and there were no telephone lines. Even the banks did not have telex lines at their disposal. Yet, there was frequent movement of people, money, messages and goods between the southern cities and the villages in the north. The migrants residing in the southern cities of Accra and Kumasi used to pass messages and remittances through lorry drivers going up north, and despite the risks involved in this informal channel of transmission, reports of embezzlement were few.

Many aspects of multi-locality are still controversial and require more research. Undoubtedly, it is a feature typical of our globalising world. But is it a transitional phenomenon, a practice born in a period of crisis? Or is it a more permanent practice? Apparently, the practice is more long-lived than anticipated by many earlier observers. In China, we find migrant workers who have lived between the countryside and the city for three generations. And there is similar evidence from some parts of Africa. Multi-locational practices have survived many ups and downs and changes in family life cycles, but migrants often have enough good reasons to maintain the practice for generations. We do not yet have sufficient longitudinal evidence, however, to conclusively contend that such practices will be maintained beyond the third generation or (maybe) forever. This may be the case, but we do not know yet.

Types of household strategies and their effects

We live in an urbanising world. But focusing on the transformation happening in the cities is not everything. The multi-locality lens helps us to understand the transformations in the rural areas that are happening at the same time. Many household-based studies of multi-locational households have found evidence of economic reciprocity between urban and rural household parts. But, to be sure, there is certainly more money flowing from city to countryside than in the other direction. Migrants acquire new skills in the city, and they also enjoy better facilities. And yet they have good reasons to maintain their multi-locational practices.

In earlier publications on the topic, I introduced the distinction between three types of multi-locational livelihood strategies: Firstly, strategies in which economic reciprocity is the dominant feature, secondly, strategies for caring (for the children, the sick, and the elderly) and thirdly, strategies for the transfer of knowledge, beliefs and values. I would still argue that these categories are useful analytical tools. But when recording people’s real-life experiences, it quickly becomes clear that these are not mutually exclusive strategies, but rather different layers of a complex and comprehensive household strategy. For most households, all three layers matter.

In many migrant households in China, the money flow, as well as the ups and downs of the level of remittances, can only be understood in the context of a strategy for the upbringing of left-behind children and the family life cycle. According to the most recent statistics, there are currently 250 million migrant workers in China. Since they do not enjoy full citizen rights at their place of destination and do not have access to the complete range of services, many of them have to leave their children in their villages in the care of the grandparents. There are currently 53 million “left-behind children”.

In a village in Armenia, I found very clear evidence of a steady flow of remittances from Armenian migrants in Russia, which were used to buy farm inputs such as spare parts for the irrigation equipment. One could say the urban-based household members invested in the means of production in the rural area. But was there also economic reciprocity within the three-generation household? A few crates of Armenian wine and a few bottles of Armenian cognac would be shipped to Siberia, but the value did not match the amount of investments in farm equipment. And here the third layer of reciprocity came into play. During the summer vacation, the grandparents in the village gave private tuition to their visiting grandchildren from Siberia – for the parents found it important for their kids to be conversant in the Armenian language and to master the Armenian alphabet. There was reciprocity in the strategy, but it could not easily be measured in monetary terms.

Maintaining traditions, having an emotional anchor in one’s home village, and imparting family and clan values to one’s children are good reasons for people to maintain links to their home villages in many parts of the world. In West Africa, one can find posh mansions in remote villages that have been built by successful business people originating from that place. Nobody lives in these houses; a caretaker switches on the dusty generator once a month. The sole purpose of such mansions is to give shelter to a funeral party once in a decade. Researcher Jerome Kessy has recently studied multi-locational households on the slopes of Mount Kilimanjaro in Tanzania. People who have made some money in the city build their first house in their home village, not in the city, where they live, a practice which Kessy calls “a cultural-prestige strategy”. And in China, migrant workers have built millions of cement houses in their home villages. Investment in the wrong place, World Bank economists would say. But apparently this type of investment, which fosters family cohesion, is part of a perfectly rational risk minimising strategy.

Migrants’ emotional attachment to their place of origin is an asset that could and should be taken advantage of in development-oriented activities. When looking at studies on multi-locational living arrangements, it is obvious that the better part of remittances is used for consumptive purposes. I have mentioned examples of migrants who channelled their remittances into investments for productive purposes, e.g. irrigation equipment or the construction of a small maize mill. But normally all remittances are exchanged within the same household. But the benefits of multi-locational living could also accrue to an entire rural community. My colleague Karin Gaesing has reported about an interesting case from Mali, where migrant associations in France became instrumental in funding local infrastructure projects in the rural municipality of Sibu. A local library, additional classrooms for the primary school and the solar panels for the health post were all financed by the villagers now resident in France through their association, while the local population in Sibu provided communal labour for project implementation.

In my opinion, acknowledging that we live in an urbanising world does not mean that the villages are vanishing. To be sure, just as the urban areas are being transformed, villages will also undergo enormous transformations in most parts of the world. But they will not vanish from the map altogether. An increasing number of the world’s population will live between city and countryside for a long time to come. Many of them will develop hybrid lifestyles, aspirations, and practices that are distinctly different from both existing rural and urban lifestyles.

In the academic world, the concept of multi-locality has been mainstreamed over the past decade. Sadly, local government officials as well as urban and regional planners across the world are still somewhat at a loss when asked how they respond to the specific challenges of an increasing number of residents in their constituency who engage in multi-locational practices. Certainly, more efforts will be needed to convince all those in the practical world that, in the future, they need to look beyond territorial boundaries in order to properly care for the well-being of their citizens.