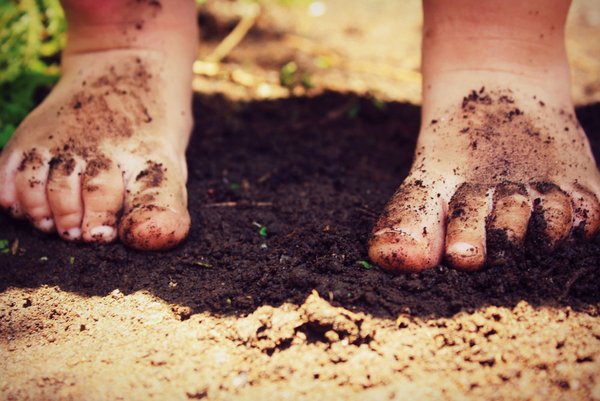 In order to adequately address the important role of soils and land for sustainable development, a holistic approach is needed. This article discusses why biophysical but also socio-economic aspects have to be considered – using the example of Guatemala, one of the first countries to support the proposal to create the Sustainable Development Goals.

In the outcome document of Rio+20, the international community identified the need to take actions on land and soils and committed to strive to achieve a land-degradation-neutral world within the context of sustainable development. The conference also set in motion a process to develop universal Sustainable Development Goals (SDGs). The SDGs are closely linked to the post-2015 development agenda process, which includes discussions on the future of the Millennium Development Goals (MDGs) which are to reach their target date in 2015. Merging the two processes into a comprehensive sustainable development agenda is a possibility and may be decided at the 68th session of the United Nations General Assembly in September 2013.

The SDGs have the mandate to address the social, environmental and economic dimensions of sustainable development in an integrated manner. At the same time, they need to consider national realities, capacities and respect national policies and priorities. Particularly, the SDGs should build upon the lessons learned from the MDGs.

Global goals can play an important role in raising awareness on fundamental issues and providing a common vision. The MDGs were successful in this regard. Moreover, with proper adaptation and effective implementation in various national contexts, such international goals have the potential of achieving a lasting impact through catalysing actions towards solutions. The success of the MDGs in terms of implementation certainly varied across countries and goals.

This raises two questions. How can the soil and land agenda be appropriately incorporated into the SDGs? And what approaches and safeguards can ensure an effective implementation of the soil and land related SDGs in different national contexts? The case of Guatemala can provide insights to address these questions.

Land and soil degradation in Guatemala: multiple dimensions of a problem

Guatemala’s total population has doubled in the last ten years; it is now 14 million, with nearly 8 million people living in rural areas. More than half of the population are considered poor, and 15 per cent extremely poor. Guatemala has the fourth highest rate of chronic malnutrition in the world and the highest in Latin America and the Caribbean. It is important to note that Guatemala underwent a 36-year long civil war, which was mainly caused by a history of inequality and discrimination and was ultimately triggered by a 1952 land reform.

The degradation of soil and land resources affects 90 per cent of Guatemala’s municipalities. Exploring several closely entangled dimensions of this complex problem is crucial to developing appropriate solutions. Essentially, biophysical issues include soil erosion and contamination influenced by inadequate use of fertilisers and land-use changes due to monocultures and deforestation. This results in alteration of hydrological cycles and is worsened by the effects of climate change in terms of extreme weather events and plague attacks to crops.

These biophysical attributes are associated with the social, economic and political features of the country. Guatemala’s land distribution is the second most unequal in Latin America; the largest 2.5 per cent of farms occupy nearly two-thirds of all agricultural land. Often, land tenure of especially poor populations is insecure. It is estimated that 70 per cent of the territory is subject to unclear titles and overlapping boundaries. People have very strong cultural connections with soil and land resources, which are commonly referred to by the word tierra (land) and associated with a sense of belonging (homeland), and seen as a sign of power and status in society (landowner), and as a source of food and high-value resources. These meanings and associations add complexity to the planning and design of sustainable soil and land management practices and policies.

Only eight per cent of Guatemalan soils are biophysically suitable for permanent and intensive cultivation. But carrying out land-use planning based strictly on this fact could affect the food security of rural populations in particular whose main source of income and food is agricultural production. Trade-offs in primordial soil functions cannot be overlooked and are at the core of a sustainable development approach that considers environmental, social and economic dimensions in an integrated manner.

Triggering action at the national level

Once the SDGs are launched, actions to implement them at national level are expected to be set in motion. Guatemala does not have a soil and land specific policy or law in place. Soil and land resources are in turn affected by various polices and laws in different sectors. For example, the government’s fertiliser distribution programme has failed to introduce fertilisers as a component of an integrated rural development strategy and has often resulted in contamination of soil and water resources. An initiative for an Integral Rural Development Act, which would aim to increase and channel public investments towards small-scale agricultural production, has been in development for the past three years with no foreseeable agreement due to intense lobbyism by the business sector and civil society organisations. A governance structure that integrates the linkages among different policies and provides a role for all actors concerned is an absolute precondition to achieve a comprehensive strategy and concerted actions for soil sustainability.

A lesson learned from the implementation of the MDGs is that there is a need to move beyond official development assistance and explore partnerships at all levels for capacity building, technology transfer and developing incentives to encourage public participation. Proper dissemination of the SDGs to different sets of stakeholders at various levels could serve as an important step towards integrating them into the local agendas and establishing new funding mechanisms.

Soils and land are crucial resources for sustainable development and need to be addressed in the SDGs. Given their key role for the water-energy-food security nexus, they should be addressed as a target under a goal e.g. on food security. At this juncture, it is important to focus on the development of global targets and indicators for the sustainable use and management of soils and land. The Guatemalan example illustrates the need to match targets with the most pressing societal issues, in other words to follow a ‘people-centred approach’. Targets and indicators for soils at global level need to deal with degradation but also the restoration of land and soil resources. Preventing unsustainable land use changes and ensuring ecosystem services of soils will move the global agenda forward. On the other hand, socio-economic aspects of soil and land degradation such as poverty, the right to food and secure tenure cannot fall between the cracks. A global agenda for soils and land calls for a holistic approach.

The implementation of the SDGs will require new thinking and broadening the set of stakeholders engaged in their implementation. Prompting the participation of government and other actors at the national level can prove to be quite challenging. Creating resonance through an early dissemination of the goals and the joint development of implementation strategies can help overcome participation challenges by increasing ownership, fostering partnerships and activating new sources of funding.