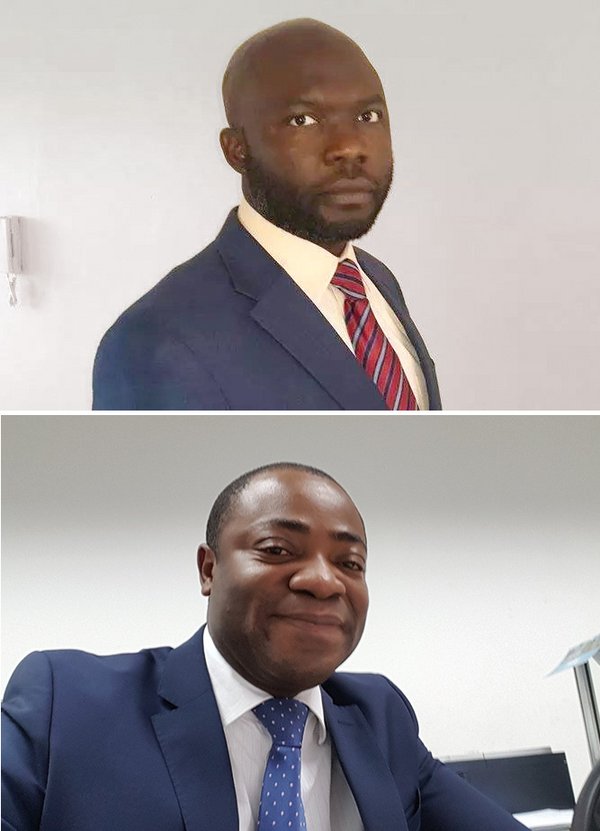 Dr. Augustin Wambo Yamdjeu (above) is Head of CAADP, NEPAD Agency and based in Johannesburg, South Africa.
Mark Kofi Fynn is GIZ-seconded CAADP Advisor at the African Union Commission and based in Addis Ababa, Ethiopia.

Let’s move towards the Africa we want

The African Union Heads of State and Government have committed to boosting intra-African trade in agricultural commodities and services. What has already been achieved in this respect, and where is there still a need for further action? A plea for concerted efforts to solidify the integration of the continent.

Trade is recognised as an important driving force of the transformation of African agriculture. Agricultural trade, both intra-African and with the rest of the world, is linked with food security, growth, jobs and higher incomes. However, many African countries face barriers that prevent them from benefiting from this potential. These include non-tariff barriers (NTB), which are becoming ever more important, and traditional tariff barriers. Both categories of barriers exist in export markets. In addition, internal barriers including inimical policies, excessive regulation and bureaucracy, lack of knowledge, inadequate financing and poor infrastructure networks pose great challenges for trade for many African countries. This situation exists, despite efforts over the past decade or so towards greater integration into global and regional markets.

What African leaders have committed to

Against this background, the African Union (AU) Assembly of African Heads of State and Government, at its 23rd Ordinary Session held at Malabo, Equatorial Guinea, in June 2014, adopted the Malabo Declaration. In the declaration, they made a particular commitment on boosting intra-African trade in agricultural commodities and services. This commitment, highly political by nature, includes a resolve to triple such trade by 2025, and to fast-track the establishment of a Continental Free Trade Area (CFTA) and transition to a continental Common External Tariff (CET) scheme, among others. The commitment builds upon earlier decisions of the AU Assembly, including the Addis Ababa resolution of January 2012 to establish a Pan-Africa Continental Free Trade Area (CFTA) by the indicative date of 2017. It also endorsed an Action Plan for Boosting Intra-African Trade (BIAT). The negotiations for the CFTA are currently on-going and will play an important role in boosting intra-African trade in agricultural goods and services. BIAT contains seven major clusters, the implementation of whose programmes and activities is aimed at addressing the key constraints and challenges of intra-African trade and at significantly enhancing the size and benefits of the trade for the attainment of sustainable economic growth and development. The clusters cover: Trade Policy, Trade Facilitation, Productive Capacity, Trade-Related Infrastructure, Trade Finance, Trade Information and Factor Market Integration.

Implementation of specific actions which address agricultural trade issues in each of the clusters – such as the finalisation and implementation of agriculture-related measures in the draft AU Commodities Strategy; the web-based online portal in COMESA which facilitates efforts to address NTB issues, recording a total of 171 NTBs issues between COMESA member states and resolving about 95 per cent of all the reported cases as at December 2015; COMESA’s Regional Seed Variety Catalogue, which helps farmers access improved seeds and different types of seeds from Member States through simplified customs procedures; measures by ECOWAS on Priority Treatment of Free Movement of Agricultural Products within the Region, including training programmes for customs officers of Member States on the free movement of agriculture products – is expected to significantly contribute to improving the African food trade balance and thereby to improving food security whilst contributing to the achievement of SDG 2 – End hunger, achieve food security and improved nutrition, and promote sustainable agriculture – in Africa, as well as Aspiration 1 of the AU Agenda 2063 – a prosperous Africa based on inclusive growth and sustainable development. Africa currently trades relatively little with itself, with a high net food import bill of some 40 billion US dollars (USD) a year. Fuelled by high population growth, rapid urbanisation and income growth, regional food demand continues to outstrip domestic supply, and formal intra-regional trade amounts to only 13 per cent of total food and agricultural trade in the continent. This remains low even if provisions for informal cross-border flows could almost double this level. The low level of formal intra-African trade applies to all regions/Regional Economic Communities (RECs) and all product categories, and ranges from seven per cent for medium-skill and technology-intensive manufactures to 13 per cent for food and live animals. Nevertheless, there is a positive trend in intra-African agricultural trade. As at 2014, intra-African agricultural trade (both formal and informal) was estimated at about 25 per cent of all African agricultural exports, up from about 16 per cent in 2000. This is helping to reduce dependence on the EU markets as the destination of African agricultural exports, with a decline from about 53 per cent of African agricultural exports in 2000 to around 40 per cent in 2014. Similarly, the share of the US market declined from six per cent to four per cent over the same period.

According to data from the United Nations Economic Commission for Africa (UNECA), there has been strong growth in intra-African agricultural exports in all sub-categories, especially fish and meats, cereals and cereal products, and others such as miscellaneous food preparations, soups and broths, seeds and nuts, gums, cocoa, coffee, tea, spices, agricultural wastes and residues for livestock feed. This registered a total increase in value of 10.8 billion USD over the period 2000 to 2014. This is a trend which must continue, and will be bolstered further by increases in strategic domestic and international investments in African agriculture, including substantial investment and improved capitalisation for agro-processing, increased productivity and competitiveness of the sector through measures such as lowering tariffs and non-tariff barriers, the ratification of harmonised standards and grades, including sanitary and phyto-sanitary standards, the development and maintenance of critical infrastructure such as ports and roads to facilitate movement across borders and the development of regional and continental information systems, among other measures.

The private sector is key in mobilising the required levels of finance and investment into African agriculture. However, the international private sector usually targets medium to large-scale ventures for equity or Foreign Direct Investments. Inclusive financing instruments are therefore needed to target smallholders and small and medium enterprises (SMEs) along the strategic value chains. In this regard private equity combined with a development-financed social-impact investment is one solution to this challenge.

Regional integration offers opportunities for market access and poverty reduction especially for smallholders, rural producers and SMEs. These include improvements in food security using regional trade to alleviate imbalances in food demand and a country’s production, especially in circumstances of crop failure and climate change shocks; market diversification to reduce market-dependency risks; and trade in agricultural inputs and service such as seed varieties and seedlings, financing and research and development (R&D).

At the regional level, progress made by the RECs and their member States in this regard ranges from the establishment of free trade areas in Central Africa to that of customs unions in Eastern, Southern and West Africa (Common Market for Eastern and Southern Africa – COMESA; East African Community – EAC; Southern African Development Community – SADC; Economic Community of West African States – ECOWAS). Lessons from these regional dynamics, as well as from BIAT, and establishing a Continental Free Trade Area (CFTA) should help pave the way forward to enhancing agricultural markets and trade within a perspective of broader and deeper regional integration in Africa.

Measures to boost intra-African trade in agricultural commodities and services will help deepen integration on the continent, and eventually strengthen Africa’s position in the global trade arena. As such, the continent would be better able to deal with some international trade and agricultural policies which work against the African agenda such as the distorting EU agriculture subsidies where Africa has comparative advantage, like sugar, poultry and grains, or the US Farm Bills, whose consequences are felt in some value chains such as cotton. Last year, the International Centre for Trade and Sustainable Developent (ICTSD) reported that under the 2014 US Farm Bill, US cotton producers would receive subsidies that would have significant trade-distorting effects, especially in times of very low world market prices for cotton, but also in times of fairly high prices. It went on to suggest that this continued to be particularly problematic for many developing countries which largely rely on cotton production for export, such as the C-4 (the ‘Cotton-4’ – Benin, Burkina Faso, Chad and Mali) in West Africa. Similarly, improving internal market-related capacities (including investments in cold-chain logistics and storage, farming practices and traceability controls, as well as improvements in quality infrastructure) on the continent will also enhance the ability to comply with some external standards such as SPS (sanitary and phytosanitary standards) which pose a big challenge for smallholders and SMEs.

The transformation of African agriculture, including deeper trade of agricultural commodities and services within Africa, offers immense opportunities for job creation, income growth and poverty reduction. It would help stem the tide of migration of African youth out of the continent in search of dangerous and elusive greener pastures abroad. Such a transformation would help to achieve the aspirations enshrined in the African Union’s Agenda 2063, delivering the Africa we want. Let us move forward in partnership towards this goal.

Mark Kofi Fynn is GIZ-seconded CAADP Advisor at the African
Union Commission and based in Addis Ababa, Ethiopia.
Contact: FynnM@africa-union.org