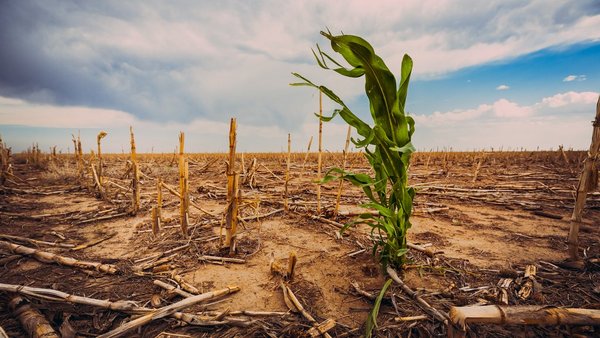 The Petersberg Climate Dialogue focused on the preparation of the COP27 Climate Change Conference in Egypt. The participants discussed the national and international challenges that efforts to combat climate change face.

High-level representatives from around 40 countries met at the 2022 Petersberg Climate Dialogue, which took place in Berlin, Germany, from the 17th to the 19th July, to discuss steps towards overcoming the climate crisis. The participants included both representatives from the G20 states and from the small island nations and the economically most disadvantaged countries. The Petersberg Climate Dialogue marks the kick-off for preparation of the Climate Change Conference COP27 in Sharm el Sheikh, Egypt, in November.

At the conference, Germany’s Federal Chancellor Olaf Scholz pointed to the setting up of an open climate club “uniting forces to speed up the climate-neutral conversion of our industries”. Furthermore, Scholz emphasised the goal of the industrialised countries to “mobilise 100 billion dollars as quickly as possible and on a continuous basis for climate finance up to 2025”. For Germany, he announced that by 2025 at the latest, at least six billion euros a year would be contributed.

“We have to acknowledge that there is climate damage, and that the most vulnerable countries in particular are in need of our solidarity to cope with this. Here, we seek to build bridges for the next World Climate Conference in Egypt with concrete problem solutions. We are now going to continue to work together with the especially vulnerable developing countries on developing the Global Shield against Climate Risks,” said German State Secretary for Development Jochen Flasbarth, who at the conference presented the concept of the new Global Shield against Climate Risks to cope with future climate damage in developing countries. The G7 heads of state and government had already backed the concept in late June. The aim is to launch the Global Shield against Climate Risks together with the particularly vulnerable developing countries at the World Climate Conference in Egypt in November and then expand it step by step.

The Global Shield against Climate Risks is to already take effect before the crisis sets in, for example with early warning systems in particularly vulnerable countries, with crisis prevention plans of the developing countries and with swift financing systems in the event of damage occurring. This includes insurances or social security systems. For instance, when a drought approaches, money is already available. Starting with the most vulnerable and poorest countries, the concept incorporates a systematic, step by step assessment of the issue of where the biggest risks are and which effective safeguarding and preventive systems are required to mitigate them.

Many non-governmental organisations appear to be not satisfied with the conference results. “The Petersberg Climate Dialogue falls behind expectations of its already setting milestones for the climate negotiations in November,” criticises Olaf Bandt, Chair of the environmental organisation BUND.

Christoph Heinrich, Chief Executive Director of WWF Deutschland, is disappointed, too. He says that Federal Chancellor Scholz is merely repeating the G7 announcements made in Elmau, but fails to point to specific steps towards maintaining the 1.5 degree limit.

Regarding the Global Shield against Climate Risks, Jan Kowalzig, climate official of Oxfam Deutschland, says: “Climate insurances can play an important role, but one must not forget that such approaches are only suitable for damage caused by climate change which is due to statistically rare extreme events, and not for damage which gradual changes such as sea-level rise lead to. For people living in extreme poverty, they are often no option anyway, and can thus aggravate already existing injustice. The planned Global Shield against Climate Risks will not in any way change the urgent need for the forthcoming UN Climate Conference COP27 to adopt suitable mechanisms to reliably provide financial support to cope with damage caused by climate change.”