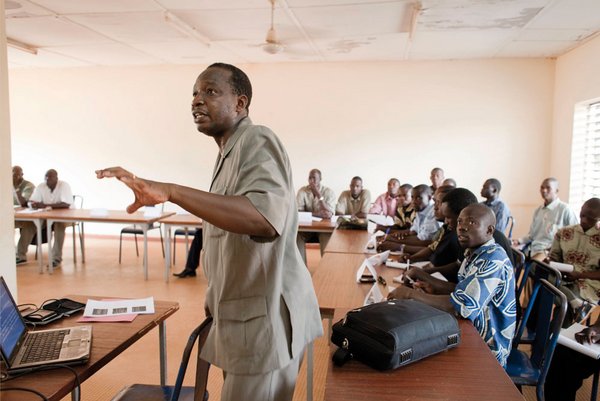 Policy-makers often lack information and analytical capacity to effectively monitor how policies impact on different stakeholders. The MAFAP initiative of the Food and Agriculture Organization seeks to bridge this gap.

Policy is a key ingredient for agricultural development and increased food security. To implement their national strategies, governments in developing countries are keen to create a policy environment that is conducive to those objectives. However, policy-makers often lack information and analytical capacity to effectively monitor the effects of policy on producers, consumers and other stakeholders in the value chain. The Monitoring African Food and Agricultural Policies (MAFAP) initiative, funded mainly by the Bill and Melinda Gates Foundation and the UN Food and Agriculture Organization (FAO), responds to this need by supporting the development of sustainable policy monitoring systems in selected developing countries. These systems provide reliable information that is used for evidence-based policy dialogue and decision making at the national, regional and international level.

Building a system to support policy-makers

To monitor the public sector’s support to agriculture, MAFAP uses a common set of indicators that allow for the comparison of policy effects on prices and public expenditures between years, countries and commodities. Since MAFAP’s methodology was developed in collaboration with the Organisation for Economic Development and Co-operation (OECD), the indicators are compatible with the Producer Support Estimates that are used to measure support to agriculture in developed and emerging economies.
MAFAP’s policy monitoring focuses on the following three areas:

So far, FAO has partnered with government institutions and research organisations in ten African countries – Burkina Faso, Ethiopia, Ghana, Kenya, Malawi, Mali, Mozambique, Nigeria, Tanzania and Uganda – to support the establishment and institutionalisation of policy monitoring systems on the basis of this approach. Capacity development in the area of policy monitoring constitutes an important element of those partnerships. The indicators, available in the publicly accessible MAFAP database, as well as other outputs, such as MAFAP Policy Briefs, Commodity Specific Technical Notes and Country Reports, have been used in various policy fora at the national level, including the Parliamentary Committee for Agriculture in Tanzania and National Stakeholder Policy Dialogue Forum in Kenya, and as a monitoring tool of the National Investment Plan for the Rural Sector in Burkina Faso and Mali.

MAFAP also supports the monitoring of progress towards development goals such as those established under Africa’s Comprehensive Africa Agriculture Development Programme (CAADP). In 2013, NEPAD commissioned a special MAFAP report, which assesses the coherence of price support policies and public spending in West and East Africa.

Over the next years, MAFAP will continue to monitor the effects of food and agricultural policies on prices and public expenditure in a growing number of countries in Africa, Asia, Latin America and the Caribbean.

More information about MAFAP, the Synthesis Report, Database, MAFAP/NEPAD Report on Policy Coherence and all the other MAFAP products are available at: FAO/mafap