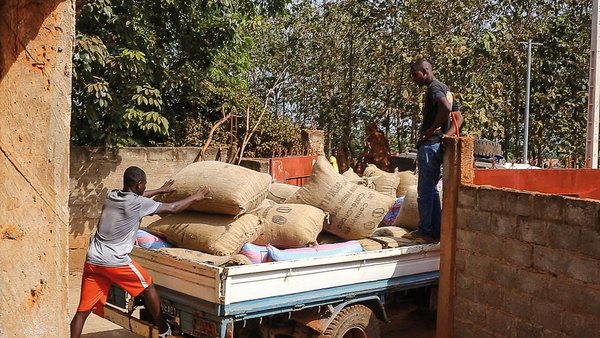 Does Fairtrade benefit farmers and rural labourers in Africa?

A research study in the cocoa sector of Côte d’Ivoire shows that Fairtrade certification benefits farmers and employees of agricultural cooperatives. But what about hired labourers working on smallholder farms? Our authors argue that clearer Fairtrade labour standards for farm workers and better monitoring are required to implement the fairness model more comprehensively.

When consumers of cocoa, coffee or bananas decide to purchase products with the Fairtrade label (see article Sustainability standards, traceability and certification), they pay a certain premium, expecting to help improve the socio-economic conditions of farmers and agricultural labourers in developing countries. Many studies looked at the effects of Fairtrade certification on smallholder farmers or on labourers in the plantations and factories of large agribusiness companies. Although hired labourers working in the small farm sector form a large group, the effects that Fairtrade has on them have rarely been analysed. Typically, these small farm labourers belong to the poorest of the poor in rural areas. Nevertheless, they are often neglected by development initiatives, which may partly be due to the false assumption that smallholder farms only operate with family labour. In reality, most of these farms also hire outside labourers for cultivation and harvesting, especially for labour-intensive cash crops. We carried out a recent study in the cocoa sector of Côte d’Ivoire in order to better understand the effects of Fairtrade on smallholder farmers and different types of rural labourers. Côte d’Ivoire is the largest cocoa producer and exporter worldwide. For the study, we randomly sampled 50 cocoa cooperatives, 500 farmers that are members of these cooperatives, and 500 labourers at cooperative and individual farm level. Quantitative data were collected through face-to-face interviews using tablet computers and structured questionnaires.

The cocoa sector in Côte d’Ivoire

Much of the cocoa in West Africa, including Côte d’Ivoire, is produced by smallholder farmers who are often organised in cooperatives. A typical cocoa cooperative comprises several hundred farmers, who manage their farms independently but market their cocoa through the cooperative. The cooperatives also offer services to their member farmers such as input provision and training related to cocoa production and crop management. To run these services, each cooperative has several employees. In our sample from Côte d’Ivoire, cooperatives have 15 employees on average.

Typical farm sizes in our sample vary between five and 15 hectares. For these farms, cocoa is the main cash crop, even though several other crops are also grown for home consumption and market sales. Most farmers have at least one hired worker on a longer-term basis to manage and harvest the cocoa trees. In addition, casual labourers are hired seasonally. In total, there are at least 20 times more farm workers than cooperative employees.

Fairtrade was launched in 1988 by the Fairtrade Labelling Organization (FLO) with the aim of improving the livelihoods of smallholder producers. Fairtrade certification can only be attained by cooperatives (or other types of producer organisations) that are farmer managed, transparent, and founded on democratic principles. In order to be certified, a cooperative has to submit an application and is physically inspected against Fairtrade standards. Inspections are carried out about once a year by FLOCERT, an independent auditingbody. Fairtrade- certified cooperatives have to ensure good labour conditions for their employees, including payment of minimum wages and implementation of measures to reduce occupational health hazards. The use of child labour and forced labour is not allowed. Fairtrade also has certain rules for environmental protection, including safe use of pesticides and fertilisers. In principle, the standards and rules apply to the cooperative as well as to all member farms. However, the inspections are mostly carried out at the cooperative level. Auditors also visit a small sample of individual member farms, but they do not inspect all the hundreds of farms that typically belong to each cooperative.

Our data show that Fairtrade benefits farmers in terms of higher cocoa prices. Because of more intensive training and input supply, farmers in Fairtrade-certified cooperatives also have significantly higher cocoa yields than farmers in non-certified cooperatives. Higher prices and higher yields contribute to higher incomes and improved household living standards. Regression models that we estimated show that Fairtrade increases living standards of smallholder farm households by ten to 15 per cent, also after controlling for possible confounding factors at the farm and cooperative level.

These simple comparisons do not allow causal conclusions because of possible confounding factors. We used regression models with instrumental variables to check for confounding factors and estimate the net effects of Fairtrade certification on wages, working conditions, and incomes of cooperative employees and farm workers. The regression results confirm that cooperative employees benefit from Fairtrade certification, whereas farm workers do not.

Sharing benefits – who are the winners and losers?

Our main finding is that the effects of Fairtrade are heterogeneous. For smallholder farmers and cooperative employees, Fairtrade standards seem to be an effective tool to increase incomes and reduce poverty (at least for those with access to Fairtrade certification). However, positive effects have not been observed for hired labourers working on smallholder farms. Hence, our findings challenge the notion that Fairtrade benefits everyone participating in certified value chains, including the poorest of the poor.

Our results of positive Fairtrade effects for farmers are consistent with earlier research in different countries of Africa. And our results for cooperative employees are similar to those of other studies that have analysed effects of Fairtrade on labourers in large agribusiness companies. Large companies and cooperatives are able and willing to implement the Fairtrade labour standards that contribute to higher wages and improved welfare among employees. Compliance with labour standards at cooperative level is typically closely monitored during Fairtrade inspections (see Box), leaving little room for cooperatives to disregard such standards. Our data also suggest that Fairtrade certification helps cooperatives to attract more members, sell larger quantities of cocoa, and provide a wide range of services, resulting in better prices and higher yields for farmers. Certified cooperatives offer better paid employment, as well.

In contrast, wages and working conditions of hired labourers working on smallholder farms are not affected by Fairtrade certification. This is likely due to several reasons. First, labour standards at farm level are rarely monitored during routine inspections. Hence, farmers have little incentive to enhance farm workers’ wages and working conditions. Clearly formulated rules for non-permanent farm workers are currently lacking. Fairtrade has recently undertaken efforts to better understand and address labour issues in the small farm sector, which seems to be an important step. Second, even when labour standards are clearly defined, implementing and monitoring them on a large number of spatially dispersed smallholder farms is associated with high costs and considerable practical challenges.

In principle, it is also possible that hired labourers on smallholder farms do not benefit because farmers themselves only gain little from Fairtrade certification. But this is not the case in Côte d’Ivoire, where we have been able to show that farmers themselves benefit significantly. Traditional payment modalities make it easy for farmers to keep wages low instead of also sharing the Fairtrade benefits with their hired workers.

Studies on the effects of Fairtrade with an explicit focus on workers in the small farm sector do not exist for other African countries. While our results from Côte d’Ivoire cannot simply be generalised, it is likely that small farm workers in other settings will not benefit much from Fairtrade certification either, because labour conditions on small farms are not regularly monitored. Fairtrade, as the standard-setting body, as well as certified cooperatives have a role to play in ensuring that the benefits are shared more equally among those who participate in Fairtrade value chains. Failing to do so could possibly contribute to rising local inequality.

Eva-Marie Meemken is a postdoctoral researcher at Cornell University, USA.

Jorge Sellare is a doctoral researcher at the University of Göttingen, Germany. Christophe Kouame is Regional Director West and Central Africa of the World Agroforestry Centre (ICRAF), Côte d’Ivoire.

Matin Qaim is Professor of International Food Economics and Rural Development at the University of Göttingen, Germany.