The bioeconomy above all focuses on technological innovation to make better use of available resources. In principle, this is not a bad idea, says Barbara Unmüßig. The question though is for the benefit of whom and at whose expense these innovations are implemented, and also what the undesirable side-effects are like. A plea against focusing on growth. 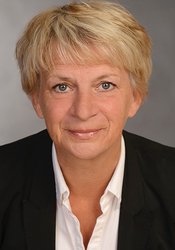 Prior to the Rio+20 summit a variety of international actors including the United Nations Environment Programme (UNEP), the OECD and the World Bank launched the concept of the green economy – envisaged as a retreat from our fossil-fuelled, resource-intensive global economy. They hoped that the green economy would be enshrined as a core concept in the Rio+20 closing statement, “The Future We Want”. This did not eventuate. The European Union would have liked to see the summit adopt a roadmap for a green economy. This, too, did not emerge.

The starting point of all reflections on a green economy is climate change and the scarcity of resources – think “peak oil”, “peak water” and “peak soil”. For this reason all its protagonists want to see ecological transformation towards a decarbonisation of the global economy – with massive investment in resource efficiency and renewable energies. “Business as usual” should no longer be an option. This assertion crops up repeatedly in the numerous publications and studies on the topic.

But the green economy comes with a catch – more than one in fact. Its protagonists do not challenge the imperative to generate economic growth. For instance, in May 2012 the OECD put forward a strategy entitled “Towards Green Growth”. Growth remains at the heart of economic theory and policy. We search the green economy concepts in vain for any stimulus aimed at a post-growth economy or prosperity without growth – particularly for the industrialised nations. It has no place for the idea and the necessity for “less” in the affluent North. And conversely, any concept or strategy for a growth economy which is sparing in its use of resources and alleviates poverty continues to receive little exposure. There is scant reference to crucial social and human-rights dimensions such as the right to food, access to water, education and land. The green economy is reduced to purely economic parameters such as efficiency and productivity, with little emphasis on rights, standards and issues of distribution and power. This also holds true for the Inclusive Green Growth model presented by the World Bank.

Furthermore, technological innovation takes pride of place in the concepts of green economy. The underlying approach, correct in itself, is that technological solutions raise the productivity of resources consumed and can allow the substitution of scarce resources. It is still vital, however, to look closely at the potentially negative social and ecological effects, particularly where industrial-scale solutions are involved. Not everything thought to be a response to climate change – ocean fertilisation, massive mirrors in space, nuclear power, large dams – is socially equitable and ecologically sound. The same applies to genetic engineering which is supposed to help solve the food crisis. Anything bearing the label of the green economy must surely put the social, human rights and ecological perspectives on an equal footing with the economic goals. For instance, if wind farms expel populations from their land, then despite contributing to a more positive carbon balance, they can exacerbate poverty and local conflict. Wind turbines also contain large amounts of resources, the extraction of which often fails to comply with social standards and human rights principles. Too much political energy is spent on securing supplies rather than promoting the saving and recycling of resources; at the same time, political and economic incentives for resource efficiency and conservation are virtually non-existent.

There is no doubt that we need to transform our modes of production and consumption. This can occur not only – albeit mainly – through the economy. At best the green economy is now an isolated niche activity. By contrast, the major trend is the global and hugely-growing demand for fossil, mineral and biotic resources. The reasons for this are manifold. On one side the industrialised nations have freely exploited all kinds of resources for centuries, and they are not prepared to budge from their accustomed level of fossil and resource-intensive production and consumption. On the other side, in the wake of economic globalisation new “competitors”, producers and consumers have arrived on the scene. Their development model, too, is largely based on fossil energy and a production and consumption model which emulates that enjoyed in the industrialised countries. It’s business as usual, but on a global scale!

What this means in terms of crossing planetary boundaries can be illustrated by taking the agricultural sector as an example. It is responsible for the loss of biodiversity, over-fertilisation of the oceans, large-scale land-use changes and the destruction of nitrogen cycles. If, for example, the global demand for meat continues to develop as it has in recent years, the OECD expects that by 2050 animal feed supplies will need to increase by almost 300 million tonnes. How and where this amount of additional feed should be produced is not at all clear, because one third of the 14 billion hectares under cultivation worldwide is already devoted to growing feedstuffs, and China imports three quarters of the soy produced for the global market. The EU is the second-largest importer after China. Moreover, both Europe and the USA in particular are now devoting an increasing proportion of their agricultural production to biofuels. The USA today utilises about 30 per cent of its maize crop to produce ethanol. By 2020, if the EU adheres to its current objectives (biofuel blending quota of 10 %), approximately 85 per cent of the politically-driven demand for biofuels in Europe would be directly or indirectly covered by imports. This would correspond to 1.8 times the output of the total 11.8 million hectares of cultivated land area in Germany.

This is where the bioeconomy comes into play. It conceives of itself as a form of green economy. It is also an expression of fixation on technological solutions as a panacea to all our problems. In 2013 the German Federal Government published its National Policy Strategy on Bioeconomy. This document describes bioeconomy as an opportunity to address the challenges facing us, such as resource scarcity, climate change, soil loss and food security; and “simultaneously to advance the transition from an economy mainly using fossil-based raw materials to an economy based on renewable resources and efficient in terms of raw materials.” It’s true: our world depends on oil, which can be found in nearly everything. Bio-plastics are seen as one way to escape the “oil trap”. They are produced from plant-based resources and residues from food and wood production. However, there is a deafening silence about the actual constraints which exist on the substitution of oil with biological resources. Renewable does not mean infinite, and certainly not absolutely neutral in terms of environmental effects. Land is already scarce, over-utilised or degraded. Land-use conflict will increase. One of the major weaknesses of the bioeconomy concept is that the entire development of product supply by the agricultural sector is disregarded and global challenges such as poverty and hunger alleviation, as well as adherence to planetary boundaries are ignored.

Offsetting “peak oil” with renewable resources creates a vicious circle. Not to mention “peak soil”; soil will become increasingly scarce. If food cultivation takes second place to crops which are economically preferable, food security will continue to become food insecurity. This contradiction can also be extended to “peak water”, because growing plants is water-intensive. Those in favour of bioeconomy also put their faith in strong production growth using genetic engineering and biotechnology. A full impact assessment which takes the various implications and reciprocal effects into account is not foreseeable. “Green” genetic engineering is a case in point: reports of new problems experienced with genetically-engineered plants are on the rise, not its success stories.

Further, it is anything but forward-looking and “inclusive” that multinationals such as Monsanto, Procter & Gamble, Chevron, BASF, Big Energy, B.I.G. Pharma, Big Food and Big Chemical are increasingly taking over strategic control of entire supply chains – from genetic and technological information on production methods, to factors such as energy, biomass, seed, water and land. The concentration of power looming here is alarming – the seed, fertiliser and pesticide lobby is exerting ever more influence on political decisions all over the world. Small-scale farmers and rural workers rarely have the power to defend themselves against the conditions set by the global corporations. Strong farmers’ organisations acting in the interests of small farmers scarcely exist, as do unions to represent the rights of rural workers. Political action is urgently needed here to counter this trend.

Technological innovations and efficiency will continue to lead us towards a more resource-efficient economy and help to expand the ecological boundaries. All concepts of a green economy or the new bioeconomy must, however, first ask these questions: Technology and innovation yes – but for whom? Who will be in control? What will the social and ecological consequences be? Will they suffice or are they only tactics to avoid or put off the long-overdue trend reversal to a “policy of less”? It is for good reason that these issues are being ever more fiercely debated by governments, business and civil society. Only one thing is certain. Faced with such crises, we need a social and ecological transformation of our production and consumption model, towards a global economy that is democratic and fair and is not based on unfettered growth.